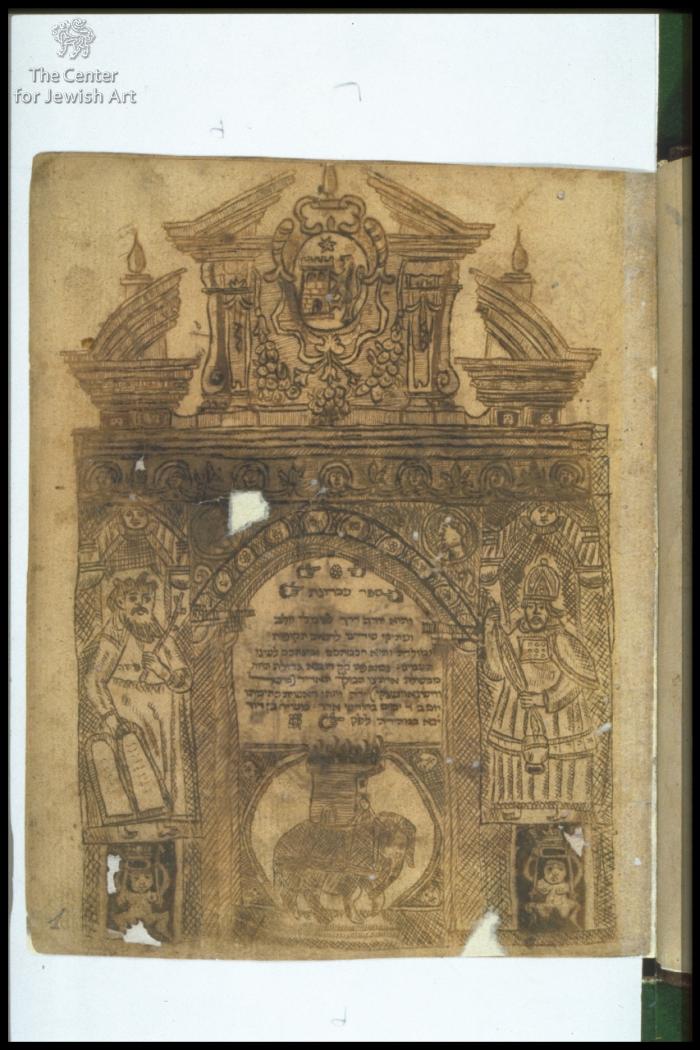 A highly ornamented full page architectural title page. In the upper part of the page, within a structure with a broken pediment is the printer's mark of Benveniste Printing House in Amsterdam enclosed within a cartouche surrounded by a cluster of grapes. The printer's mark bears a crowned lion rampant beside a citadel with a star over it.

Flanking the arch which includes the scribal colophon are the standing figures of Moses and Aaron, each set within a niche supported by a crouching nude female figure. On the left, the horned, bearded Moses is depicted holding the Tablets of the covenant in his right hand and his rod in the left. His name is inscribed on his chest. On the right, Aaron is depicted wearing the priestly vestments and breastplate, waving an incense censer. His name is also inscribed on his chest.

Within the arch, beneath the text, an elephant with a tower on his back is depicted. The tower has five winged figures standing on its roof. Such an elephant is the printer's mark of Giogio di Cavalli in Venice.