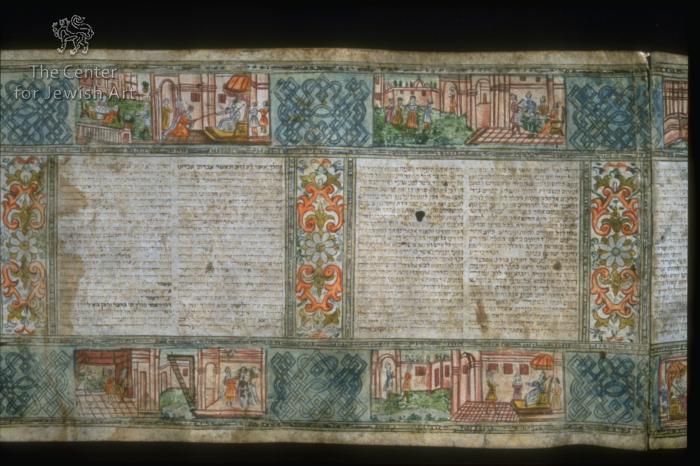 Frame 7 (text panel 4 - upper margin): On the right, a man (Haman?) dictates the decree against Jews to a scribe who sits at a table before him attended by two other men (Es. 3:12). On the left is the crowned Esther in a courtyard surrounded by a wall. A man (possibly her servant, Hatach) wearing a turban is facing her as if speaking and two maid-servants stand behind her. In the background, in front of the palace gate, is another man in a turban on his head (most likely Mordecai) (Es. 4:4).