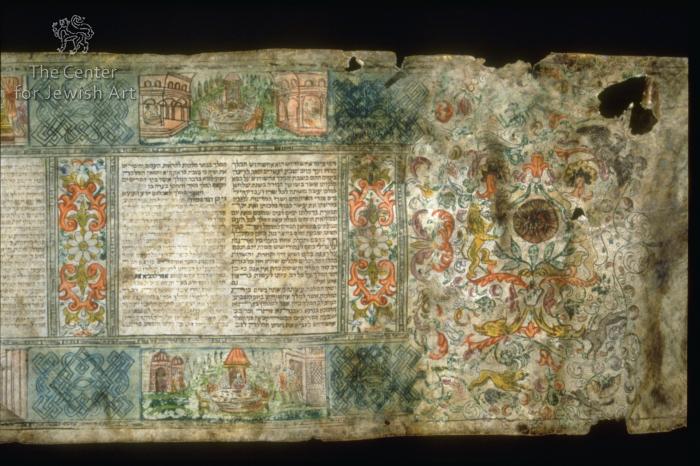 Opening decoration: The opening section of the scroll is composed of foliate and floral ornaments, inhabited by the "Four animals" - i.e. a lion, an eagle, a leopard, and a stag. They have no direct relationship with the text of the Megillah or the feast of Purim, but they allude to a quotation from Pirkei Avot ("Ethics of the Fathers") 5:20. At the center, there is a flower supported by two rampant lions with split tails. Below two dolphins' masks are visible. A leopard is depicted above the flower in the center and an eagle with outstretched wings in the upper-right corner is shown. Two other animals are represented in the lower part of the decoration.