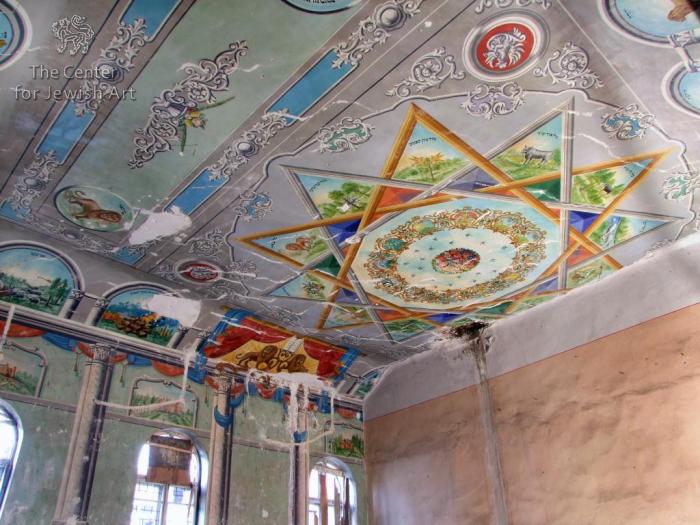 At the center of the ceiling composition is a large bouquet of roses, daisies and field flowers set against the backdrop of the blue sky and flying swallows.  The bouquet is circled with a wreath featuring twelve medallions with images of musical instruments and spectacular nature scenes. The entire composition is inscribed within the dodecagon (twelve – pointed star), which consists of two hexagrams (possibly two stars of David) of contrasting colors. Each and every element of the geometrical figure is artistically conceptualized. The sharp angles of the big star contain signs of the Zodiac and rhombus formed through the intersection of the hexagons. The corners of the star feature round medallions with heraldic eagles playing the shofar. The composition is supplemented by ornamental borders with images of the lulavand etrog and four animals – a lion, eagle, panther and deer – all inside the medallions.