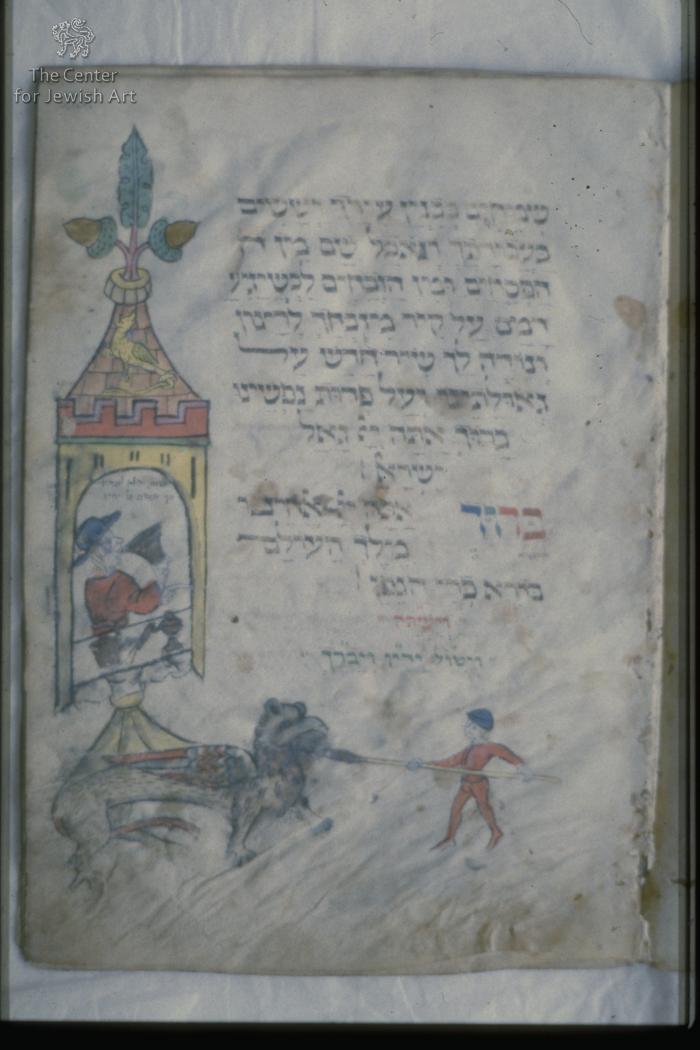 In the outer margins of the two facing pages, two architectural frameworks enclose a man holding a cup, (fols. 24v and 25), creating a symmetrical composition.

In the outer margin, next to the blessing over drinking the Second cup of wine, is a man sitting and drinking wine from a large goblet. He is depicted within an architectural framework, set on a griffon. A man with a lance, depicted in the lower margin, is attacking the griffon. Inscribed above:

"He drinks in one gulp, as he did all his life."