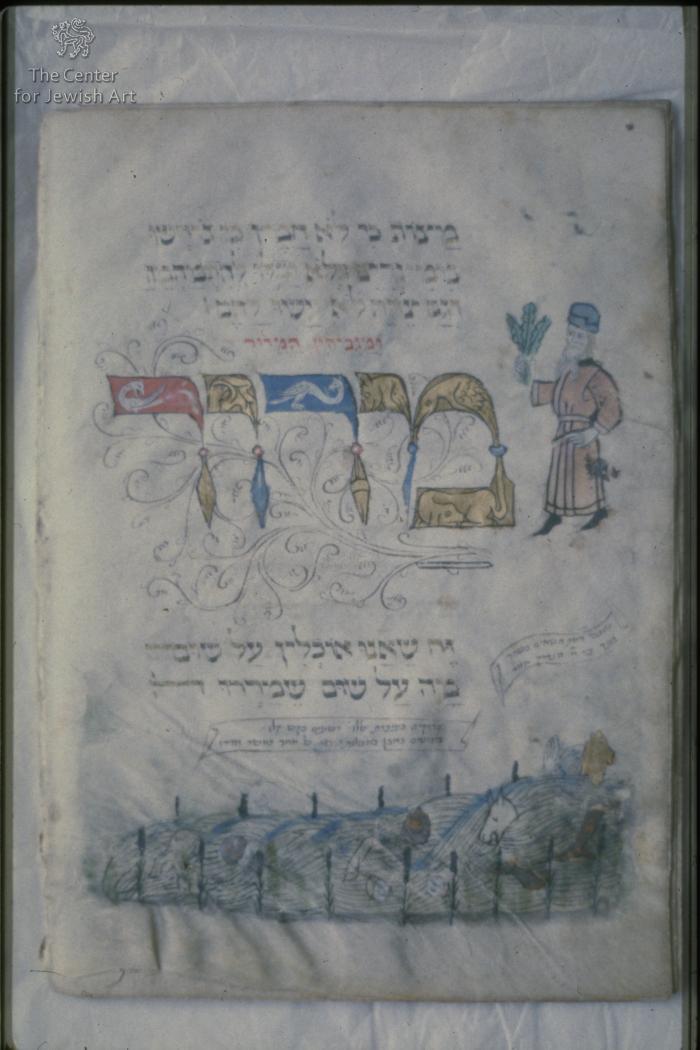 The initial word "מרור" (Maror- "The Bitter Herb, which we eat") is depicted at the center of the page. The large square letters are painted in gold, red and blue and are inhabited with grotesques and adorned with scrolls painted in ink. To the right is a bearded man standing, wearing a large hat and long garments. He is lifting up a bunch of green leaves and pointing with his left elongated index finger to the initial word.

In the lower margin, the Egyptians are drowning (Ex. 14:27-28). Heads of drowning men and horses are seen among the waves. Inscribed above their heads:

"The righteous sank like lead, the wicked were as light as straw, the mediocre went down to the abyss like stones: each one (was treated) according to his revolt" (Mekhilta on Ex. 15:5).

On the right, crowned Pharaoh is emerging from the sea with his hands joined in prayer, inscribed: