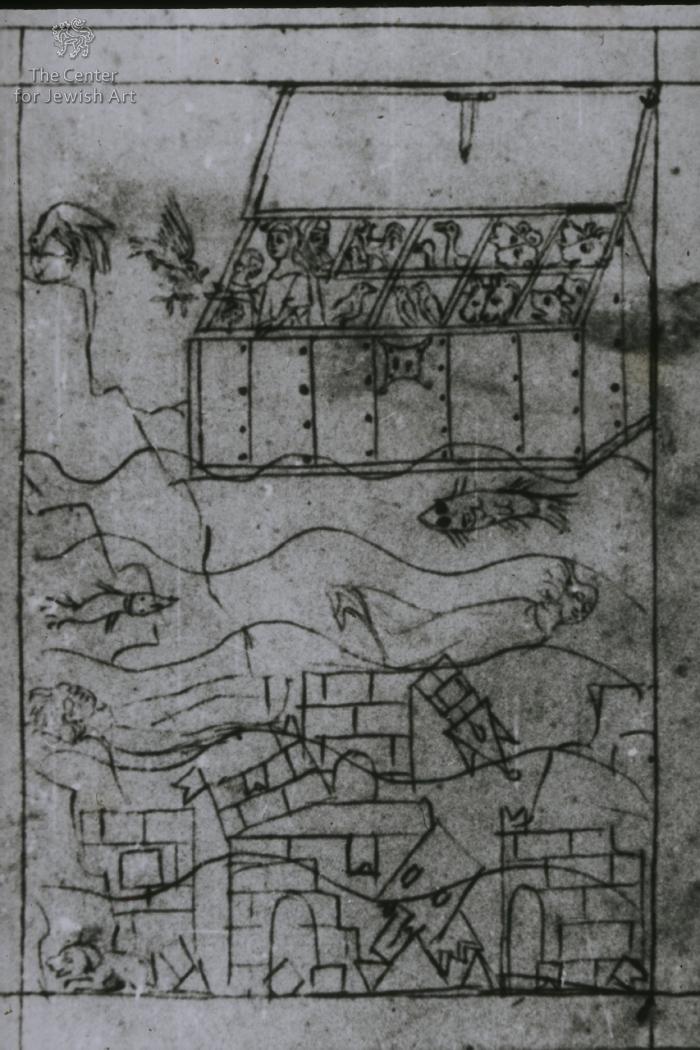 Fol. 84v: The gabled, box-like wooden, nailed ark floats on the water. Its lid is open, revealing the interior, which is divided into compartments. Seven of the compartments contain pairs of animals including rams, horses and birds, while the others contain Noah, his wife and two sons. Noah extends his arm toward a flying dove which carries a branch in its beak. A dove, which is pecking at a corpse, stands on a rock on the left. Under the water are seen fish, floating human corpses and ruins of stone buildings and toppled towers and a dead dog to the left.