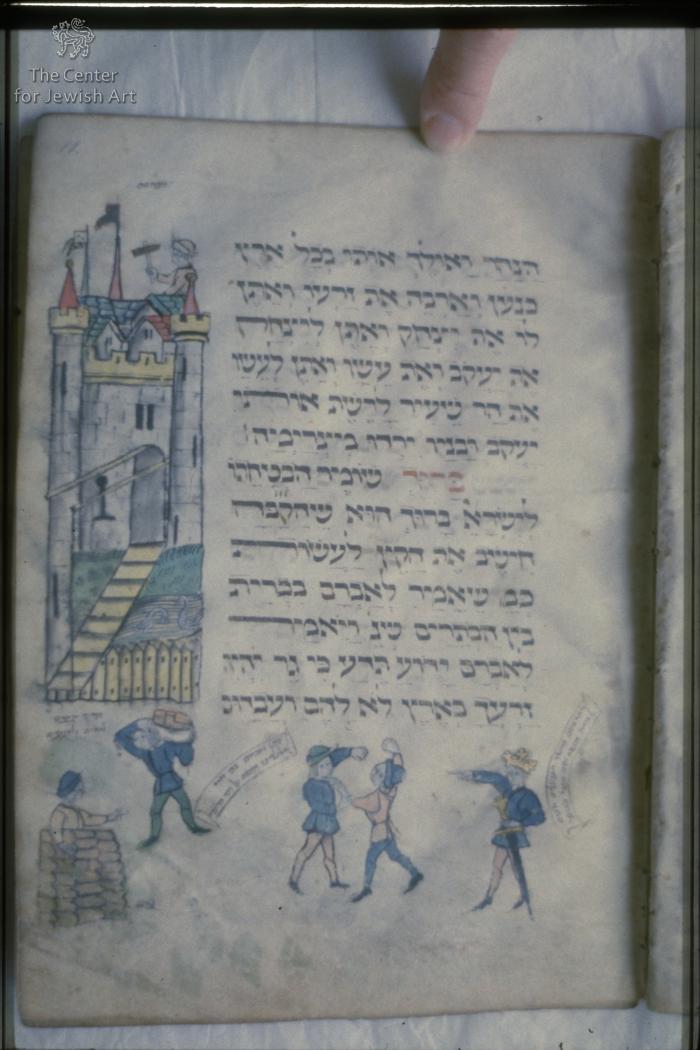 A tall castle inscribed Ra'amses, with a draw-bridge over a moat in which are swimming swans illustrates the passage: "Blessed be He who observes His promise to Israel" that ends with "and they shall afflict them, four…". On the roof is a man working with an axe, while at the foot of the castle, are two Israelites carrying bricks and piling them up (Ex. 1:11). Inscribed:

"Always toiling, every day, every minute."

In the lower margin is Moses crowned and armed with a long sword, pointing at two fighting Israelites (Ex. 2:13) named Datan and Abiram (based on Deut. Rabbah (Vilna), 2:29; also mentioned in Targum Jonathan to Ex. 2:13; Ex. Rabbah (Vilna), 1:29). Inscribed near Moses:

"One day when the workers were hurrying Moses saw two Hebrews fighting" (a paraphrase on Ex. 2:13).

Near the fighting men, inscribed: