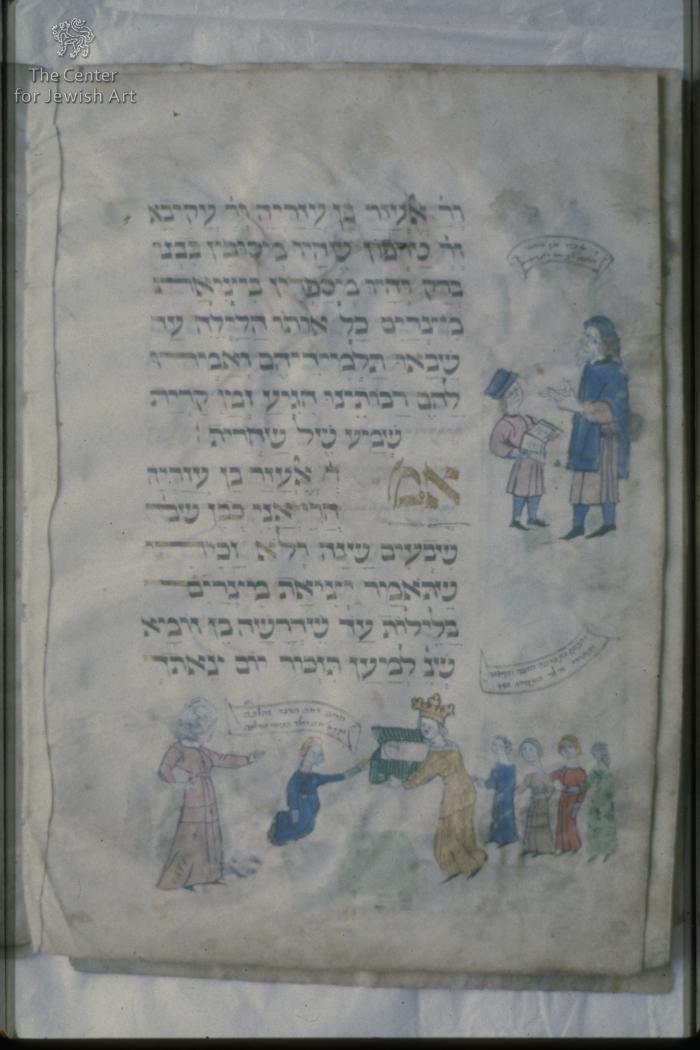 An illustration of the adjacent text: "R. El'azar ben Azariah said…" (Berachot, 1:5) is depicted in the outer margin. Rabbi El'azar is standing in a discussion with Ben Zoma, who stands in front of him, holding an open book. The inscription above them reads:

"Rabbi Eli`ezer and Ben Zoma expound the Exodus from Egypt."

In the lower margin, Pharaoh's crowned daughter, clad in gold is accompanied by her four maidens. She is holding an open ark with the infant Moses inside and hands it over to Miriam, who kneels in front of her and stretches out her hand. On the left, behind her, is Jochebed, stretching out her hand, about to hold the child (Ex. 2:6-9). The inscription near Pharaoh's daughter reads:

An additional inscription is inscribed near Miriam, and reads:

"Miriam saw this and went to call the mother's child, at the queen's command" (based on Ex. 2:8).