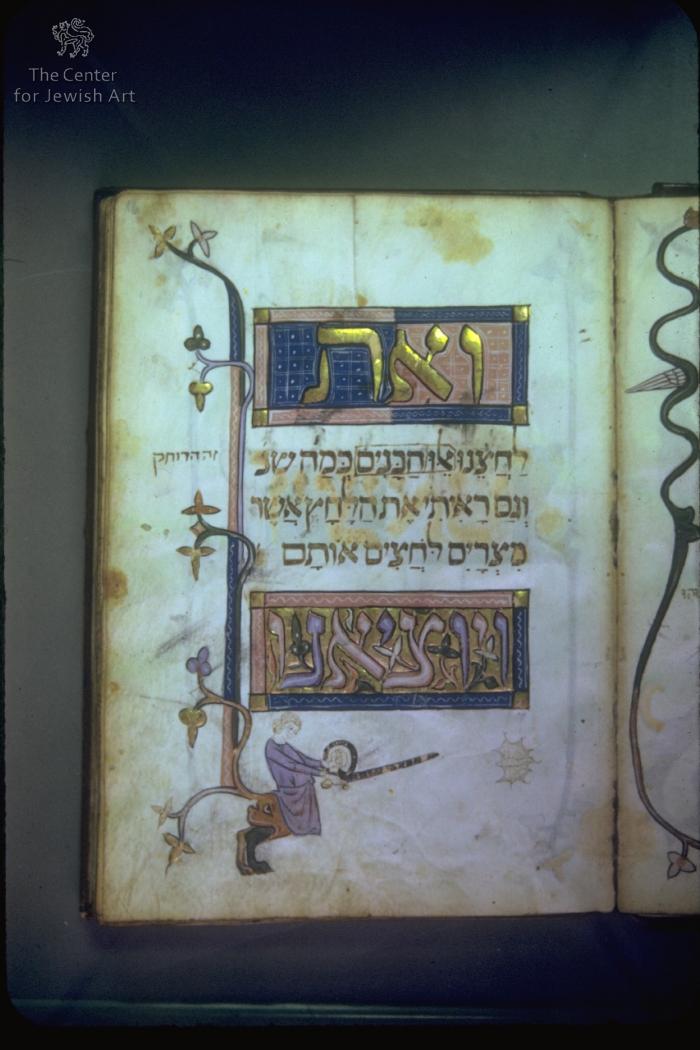 Fol. 16: Two decorated initial word panels ואת לחצנו"and [our oppression]" and ויוציאנו יי ממצרים "And the Lord brought us [out of Egypt]". In the lower margin is a hybrid with a human head and torso. Its hind quarters are formed by an animal's head from which issue two hoofed legs. The creature's extended arms hold out a silver sword and a shield toward an uncoloured bat. The illustration may allude to the upcoming text, "a strong hand and outstretched arms", which appears on fol. 16v. A foliate scroll extends from the hybrid's tail along the outer margin.