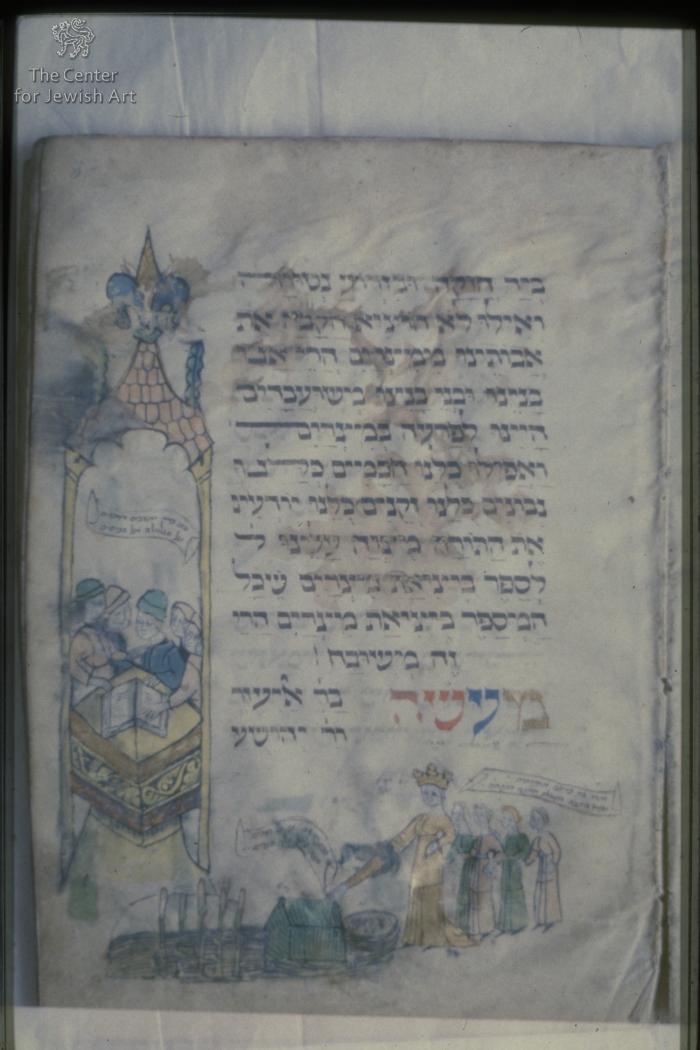 A text illustration to the passage "It is told of Rabbi Eliezer…" appears in the outer margin. Five Rabbis conversing around a table, with an open book in front of them, are set within an architectural framework. Above them is inscribed:

"(In) Benei Beraq (they) sit and discuss the redemption and the miracles."

In the lower margin is Pharaoh's crowned daughter, clad in gold and followed by her four maidens. She is standing at the riverbank and stretching out her elongated right arm (Ex. 2:5; based on B.T. Sotta 12 b; Ex. Rabbah (Vilna), 1:23) towards the ark placed in the river among the reeds. Inscribed above the ark:

"Moses' ark floats on the water because of the fear of the king of Egypt."

An additional inscription is near Pharaoh's daughter: