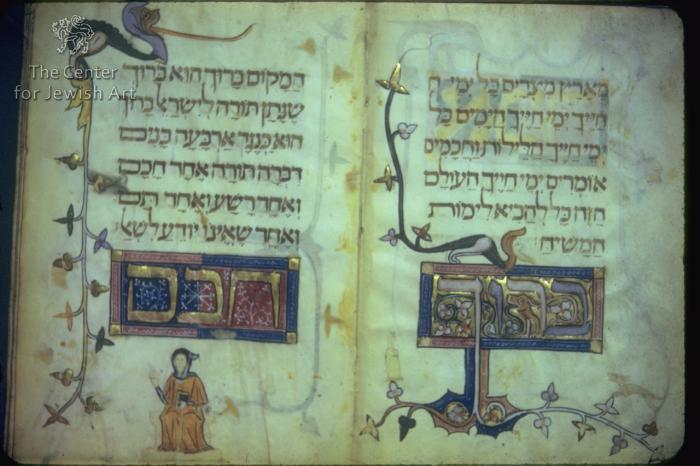 Fol. 4v: In the lower margin, on the foliate scroll extending from the descender of the final kafof 'Barukh', is a hound hunting a seated hare tinted brown and yellow. On top of the initial word panel is a grotesque with an uncoloured human face and a foliate scroll tail that extends upward.

Fol. 5: In the lower margin, the wise son, depicted as a bearded and hooded man is seated on a bench, holding a book in his left hand and pointing to the text with his right. His hands and face and the bench are not coloured. The initial word חכם "The Wise Son", is written in gold against alternating blue and red grounds. A foliate scroll topped by a dragon extends along the outer margin.