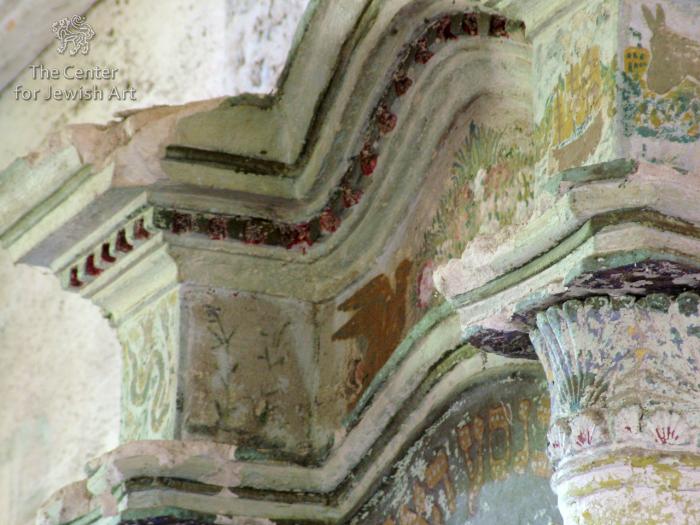 The tribe of Zebulun is represented by a ship in the sea, according to Gen. 43:13: "Zebulun will live by the seashore and become a haven for ships."

The pediment of the ark has a depiction of flowers, flanked by two pigeons. Under the scene an inscriptions reads  ויהי בנסע הארן (“Whenever the ark set out,” Num. 10:35) - the opening phrase of the prayer said when the Torah scrolls are taken from the ark to the bimah.

The tribe of Dan is represented by a serpent, according to Gen. 49:17: "Dan will be a snake by the roadside, a viper along the path, that bites the horse’s heels so that its rider tumbles backward."