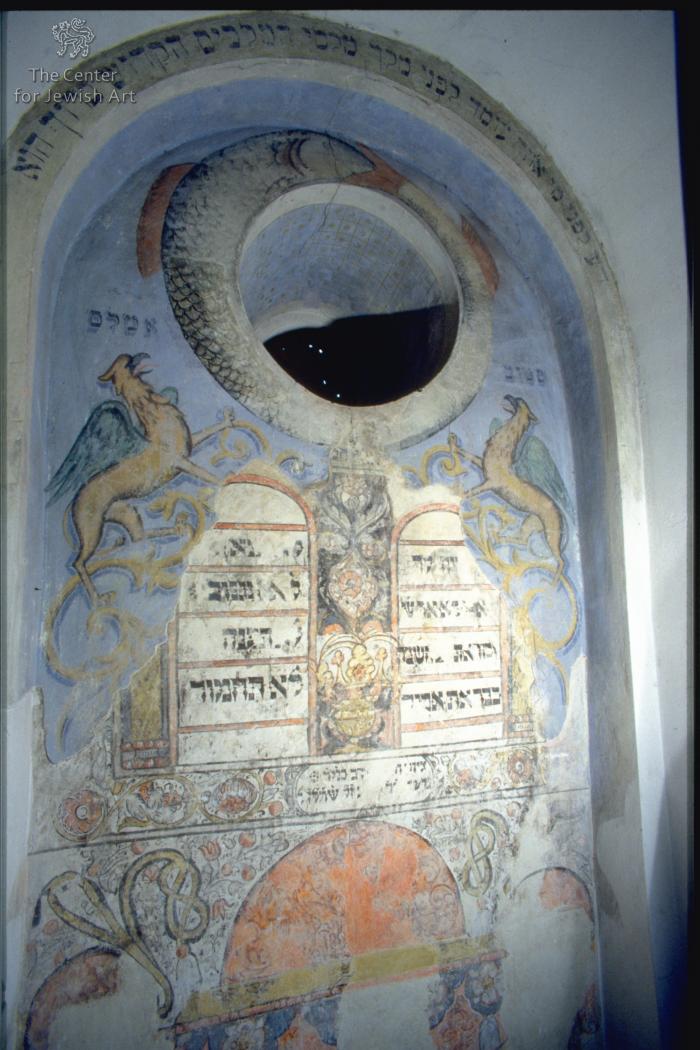 The top layer of the painting is distinguished from the older layer by the overlapping plaster. It contains figures of two griffins that flank the image of the Leviathan whose act of biting its own tail frames the round window it circles around. The inner frame of the round window is decorated the theme of the starry sky. This part of the painting probably made in the early 20th century.