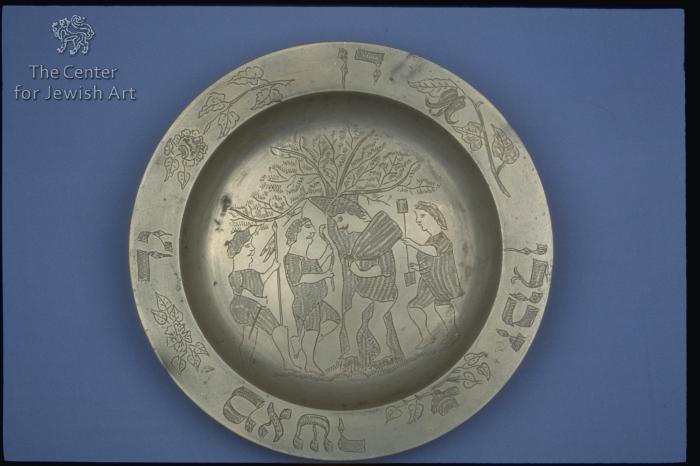 The pewter plate is round, with a raised rim. The central decoration depicts four of Jacob's sons, each holds his sign. They are standing below a tree which growes at the center. Asher stands at the centre before the stem of the tree. Dan and Gad are on the left and Zebulun on the right. All the brothers are depicted in profile. Asher and Zebulun face leftward while Dan and Gad face rightwards. They are dressed with shorts and barefeet. Asher is depicted in profile with a sack over his shoulder. He is slightly biger than the others. Dan holds a snake in his hand infront of Asher fase and Gad behind him holds a sword in his right hand and a banner in his left hand. The three broders are smooth shaven except a mustach. Zebulun holds a paddle in his hands and he is smooth shaven. Around the rim are the names of the sons inscribes in square filled letters and separated by a flower. Anticlockwise it reads: