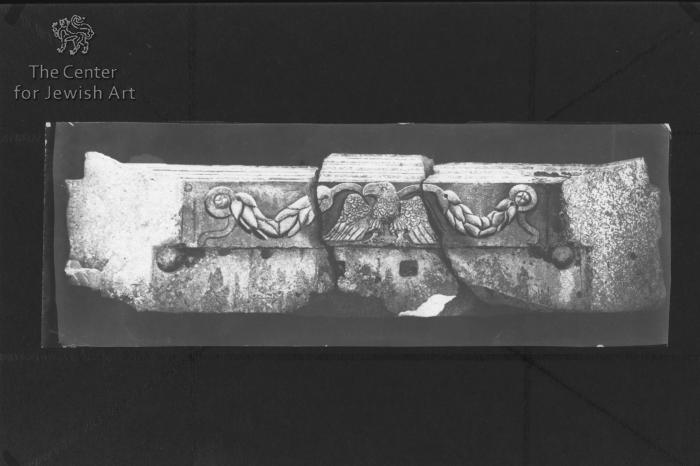 Description: The synagogue consists of a rectangular north south hall, an attached coridor on the west, two storage rooms on the east, and a space on the north used according meyers as a gallery for extra seating. The main entrance is located in the southern facade, facing Jerusalem. A small outer stair way led to a second entrance in the north western corner. The hall is divided by two rows of four columns, with Ionic capitals into a nave and two aisles. The bema located in the south west corner. Benches were attached to the western wall. The bench along the north wall is actually a step to the gallery platform.