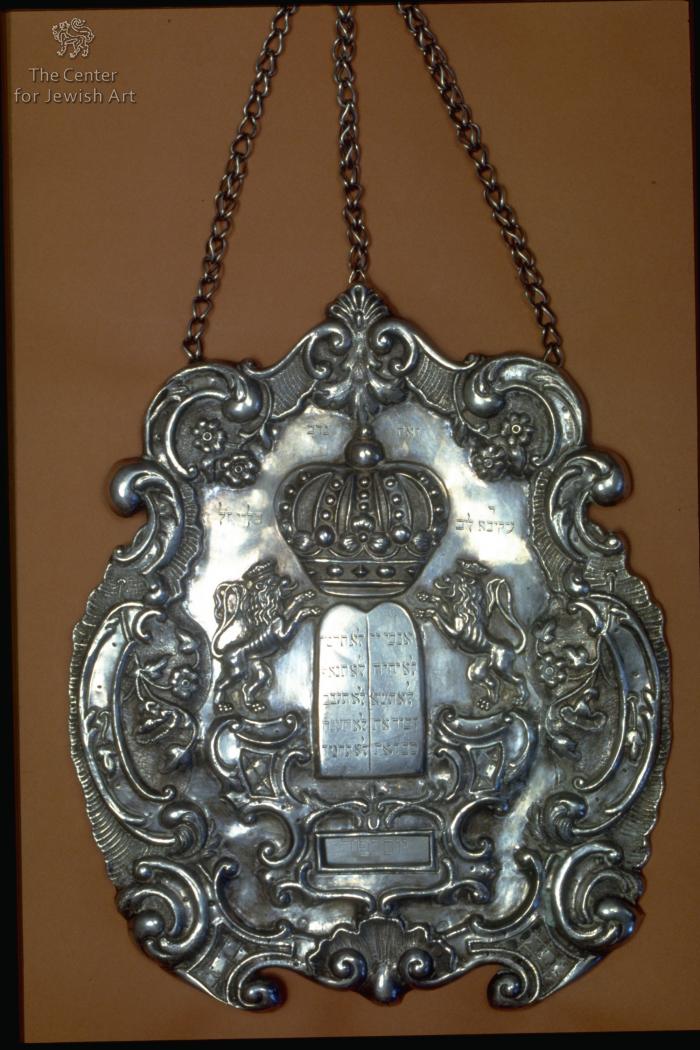 The tas is made of silver.

The plate is in the shape of a cartouche. The borders are decorated with volutes and foliate pattern. The plate is decorated by two rampant lions wearing a crown and looking forwards. They stand on a foliate motif and support the five and five Tables of the Covenant. Above them is a crown. Around the crown is a dedicatory inscription. The calendar tablet is rectangular and changeable and is set in a frame in the lower part of the plate. It bears an insription which is engraved in linear letters, and reads:

One plaque is in the back sell of the plate and bears the inscription, which reads:

The plate is hung by chains which are inserted in three wholes atttached to the back of the plate. The dedicatory inscription is engraved in filled letters, and beginning fron the right, it reads: