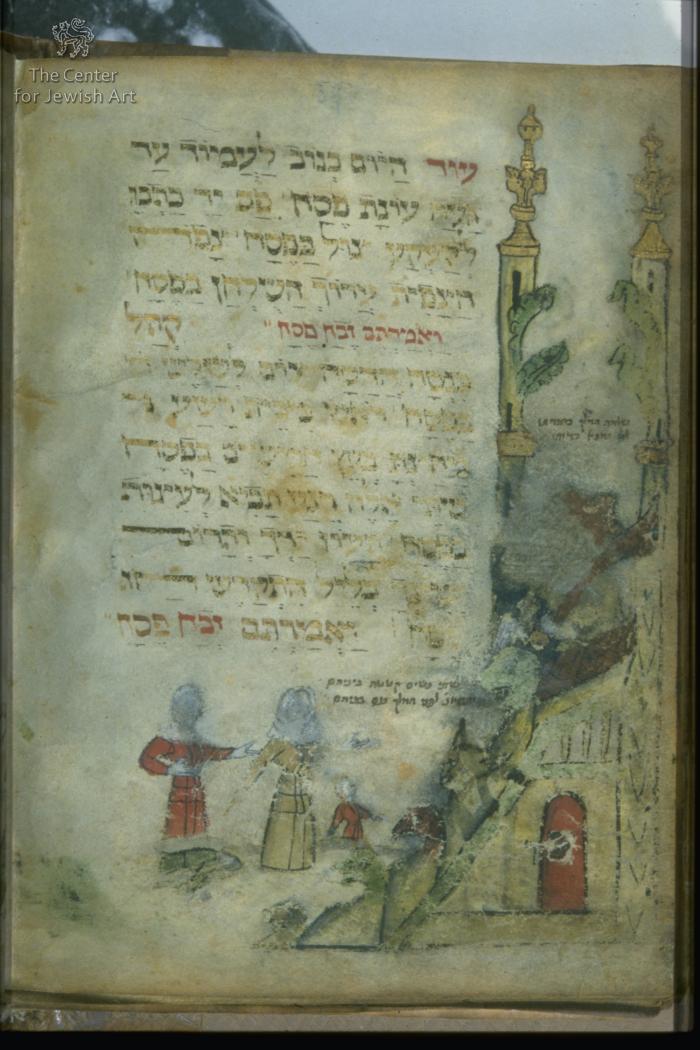 Solomon (entirely effaced) seated on a high, architectonic throne. The throne has five steps, each of which ends in the bust of an animal (not identifiable), and is flanked by two turrets. At the base are two women arguing and the infants. The living infant stands on the right, the dead infant lies on the ground.

Inscribed above the throne:

“King Solomon in his wisdom could not be matched.”

“Two women had a quarrel between them. They came before the king with their sons.”