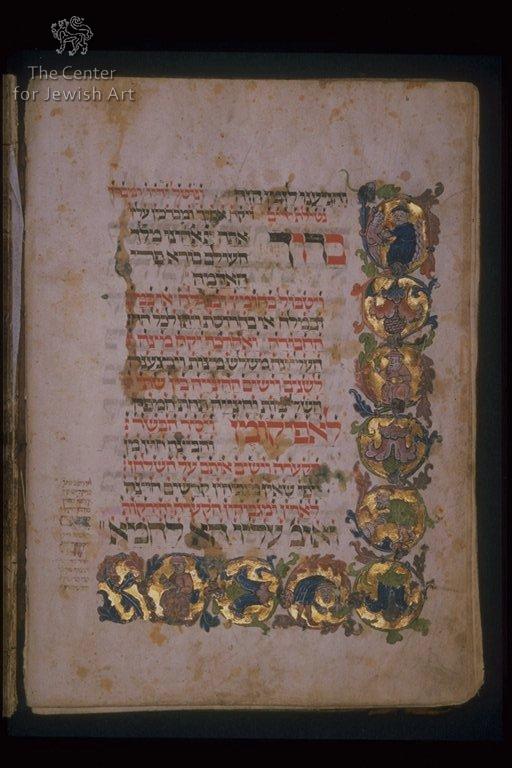 Within five of the nine medallions formed by floral scrolls

in the outer and lower margins, are represented scenes from the seder of

Passover ritual that precedes the recitation of Haggadah:

a) In the first medallion, at the top of the margin, a

bearded man, wearing a pointed hat, is washing his hands, while a yound, bareheaded

servant is pouring the water from a jug over his hands,

b) In the third medallion from the top, a bearded man,

wearing a pointed hat, is holding a branch of green leaves for the karpas in his

right hand, and a small bowl, in which to dip it, in his left hand.

c) In the fifth medallion from the top, a bearded man is

standing while dividing a mazah into two halves for the afiqoman.

Two other mazot are before him on the ground.

d) In the second medallion from the right, a bearded man,

bone in his left, having removed them from the seder plate.

e) In the fourth medallion from the right, a beardless man

is holding a displayed open book inscribed with "ha'-Lahma'".