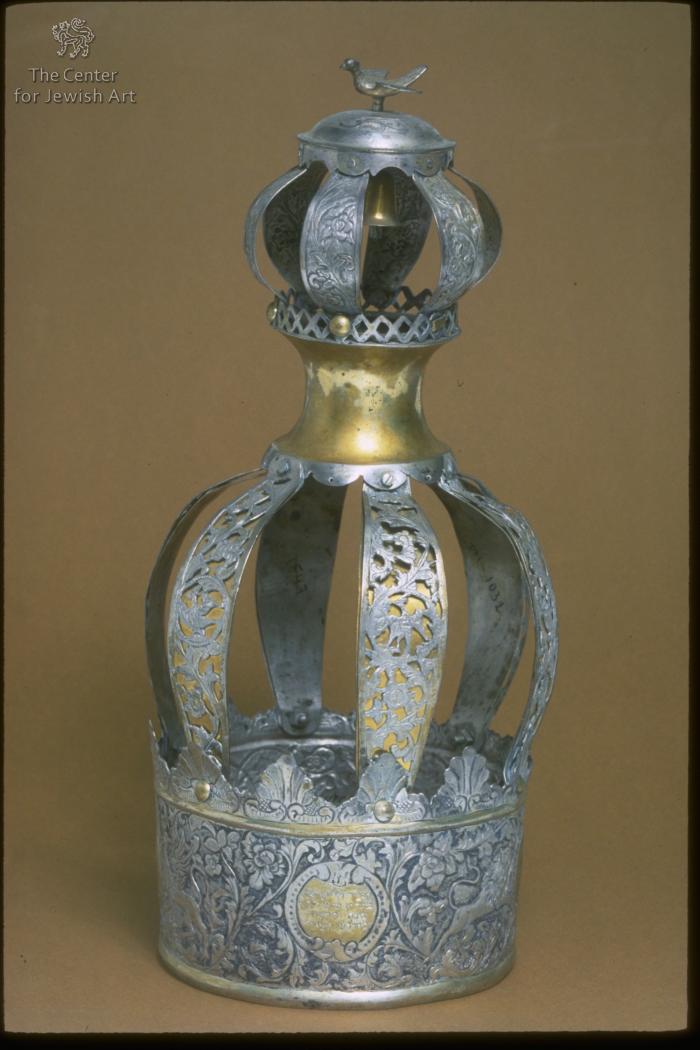 The lower level as the main part, has a coronet like base, composed of a circumferal band which is topped by a repeating palmette pattern. The band bears four medallions which bear an inscription written in square filled letters, they read: "כתר תורה## כתר כהונה## כתר מלכות" )אבות ד יג(## "הגביר ר' )רבי( ישראל##בערין שטיין##שנת תרכ"ח##בחודש תשרי"## "The crown of the Low, the crown of Priesthood, the crown of Kingship" (Mishnah Avot 4:13). "The man of substance, Rabbi Israel Berenshtein, the year [5]628 (1868), the month Tishrei." A lion and griffin flank alternating medallions and the remaining two are flanked by a foliate scroll.

Six arms that widen in the centre, extend from alternating palmettes and are attached to the base. Each arm has a bird in its centre, framed by a medallion and is decorated with a scroll of flowers and leaves. The arms are joined together on top by a concave smooth unit that support the crest. The base consists of radiating petals and it is surmounted by a repeating diamond pattern. The crest repeats the shape of the main part and is topped by a cut dome with a base of radiating petals. A bell hangs below the dome between the arms.

The apex is a bird with spread wings standing on a floral circlet.