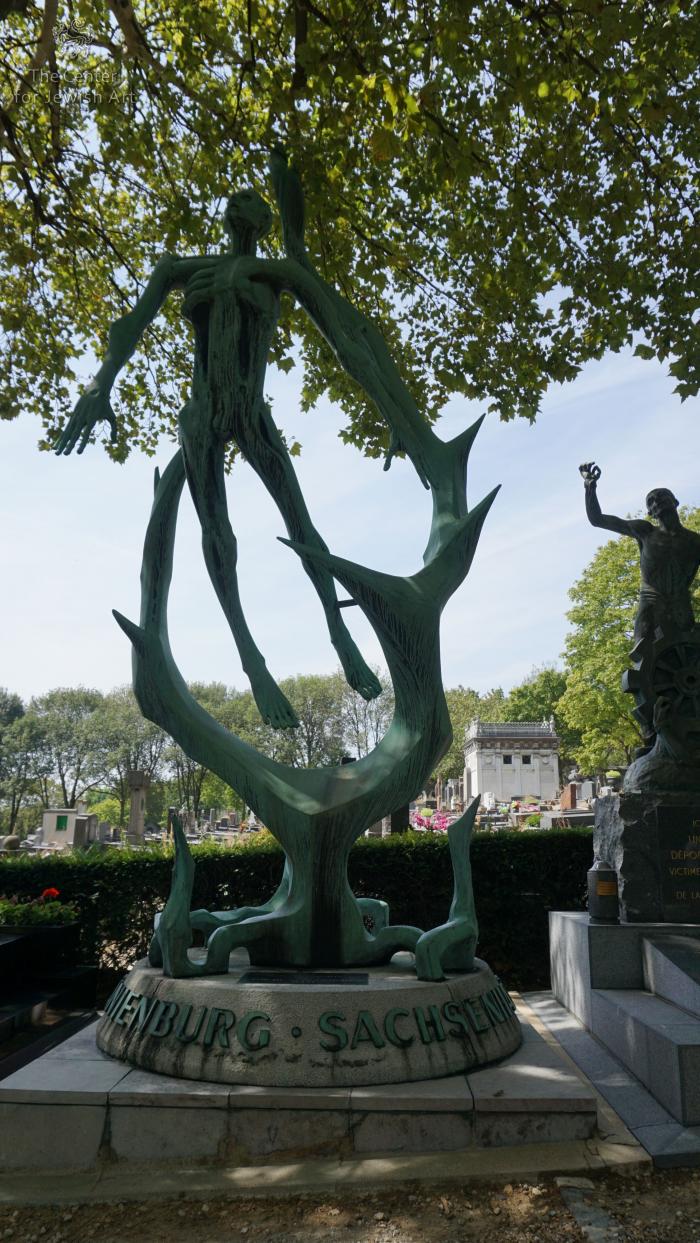 The dedication of the 97th division (section) of Père Lachaise Cemetery to the memory of deportees to concentration camps began in June 1946. This monument was erected in memory of deportees and victims of the two concentration camps Oranienburg (founded 1933) and Sachsenhausen (founded 1936) where inmates worked for German industry. It is estimated that Sachsenhausen Concentration camp housed approximately 200,000 inmates during its years of operation (1936-1945). The number of those who died of starvation, malnutrition, overwork, disease, medical experimentation, or were murdered outright, is unknown; certainly, there were tens of thousands of victims, and many more who died on the forced march after the camp closed. The Oranienburg Camp was much smaller, open for a much shorter time (1933-1934), and was mostly for German political prisoners. The number of 100,000 dead given on the monument for both camps is non-specific, and the actual number will never be known.