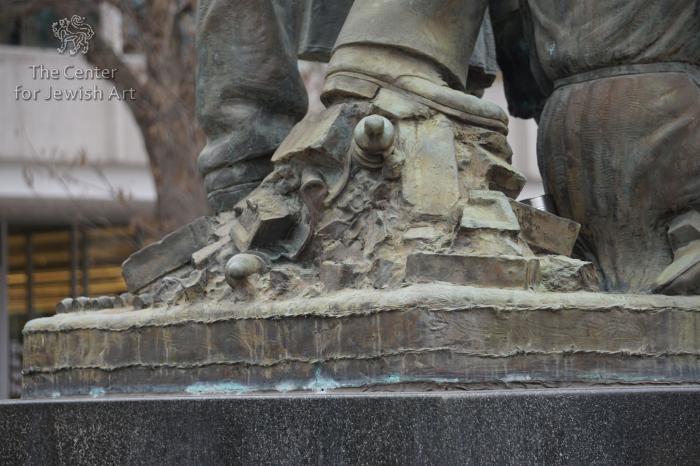 The monument was dedicated May 3, 1987. Skokie was selected as the site for the Monument because when the monument was installed, Village officials estimated that 7,000 of Skokie`s 69,000 inhabitants were Holocaust survivors. The Monument is installed on the Village Green, a plaza located between Skokie Village Hall (5127 Oakton Street) and the Skokie Public Library (5215 Oakton Street). The other sculpture on the Village Green is placed there as art, without historical or commemorative purpose.

The monument gained immediate attention because on the night after its dedication it was vandalized. Local political, civic, and religious leaders then used the occasion to further denounce antisemitism and Holocaust denial.