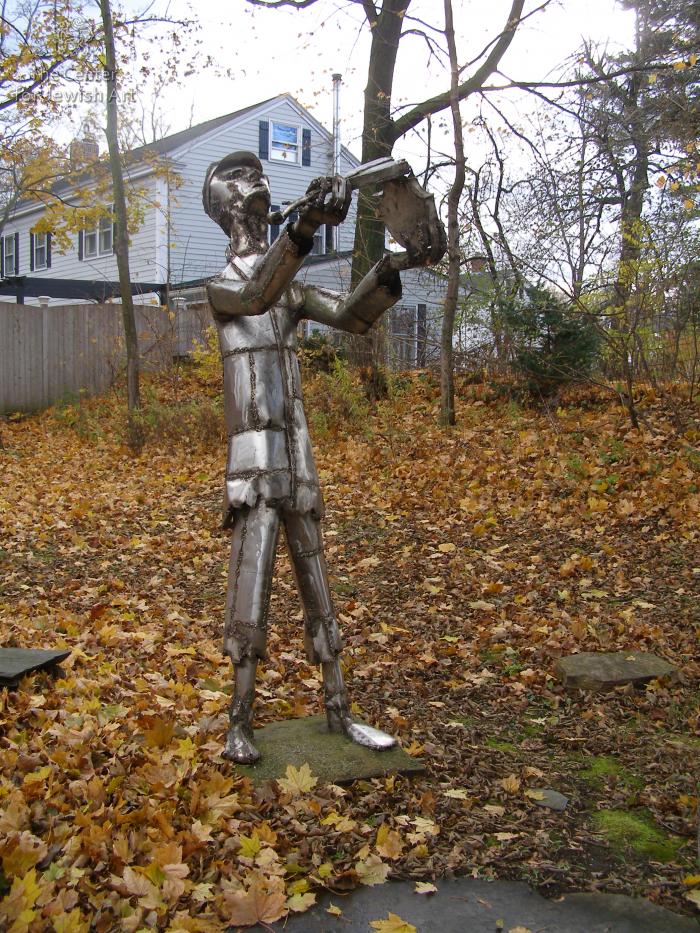 The Burlington, Vermont Jewish community is mostly descended from Jews of Lithuania where the Jewish communities from which they emigrated at the turn of the 20th century were destroyed in the Holocaust. The synagogue memorial, however, does not focus on this specific history but is a more general commemoration of all Jewish victims (the Six Million) of the Shoah. The inscribed map on the matzevah-like stele only includes the killing site of Ponary (Vilnius) to represent Lithuania, when in fact Burlington's Jews came from the Kovna (Kaunus) region in the west, where tens of thousands of Jews were also murdered at the Ninth Fort and elsewhere.

Beginning in 2012 the congregation began a project to rescue and move a 1910 synagogue mural from the former Chai Adam Synagogue. This is now installed in the 1950s synagogue vestibule. The mural restoration has occasioned a much broader investigation of the community's history in Lithuania and Vermont. The mural serves as a memorial of both the murdered old-world communities and the history of the new-world immigrants. Interpretation and presentation of the mural are now integrated into Holocaust history programs and school curricula.