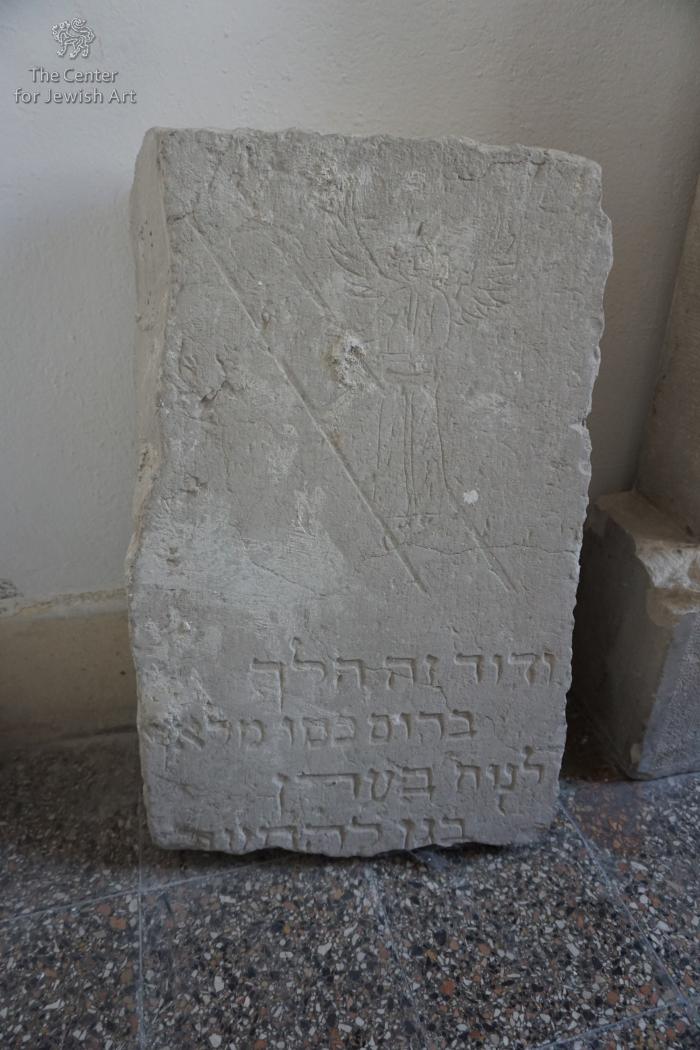 The fragment of a tombstone contains a depiction of a winged angel standing on a ladder and four rows of Hebrew epitaph:

According to Zusia Efron (1964), the tombstone was probably made in Venice in the 17th century. It was brought from the town of Bol on the island of Brač and was kept at the Jewish cemetery of Split for preservation.

Currently (2021), the stone is housed in the synagogue of Split.

The photograph made by Efron shows (on the left) also a small portion of the tombstone from the island of Hvar, which is also housed in the synagogue of Split (See ID 40414).