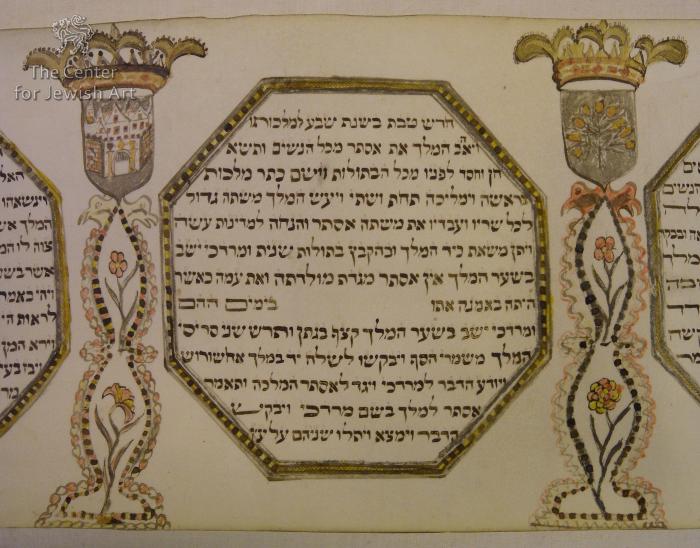 The seventh text panel (sheet no. 2) is flanked by quasi columns topped with crowned emblems filled with a plant with fruits (possibly mandrakes which symbolize the tribe of Reuben) and a city with a gate (it symbolizes the tribe of Simeon).