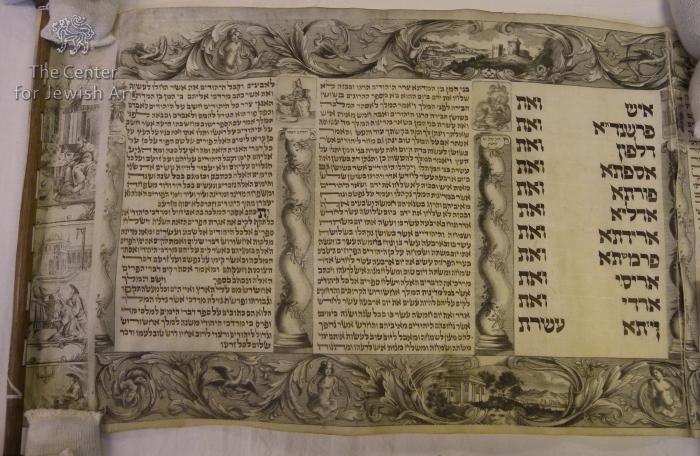 In the final section of the scroll, four other narrative scenes from the Book of Esther are printed one under the other: