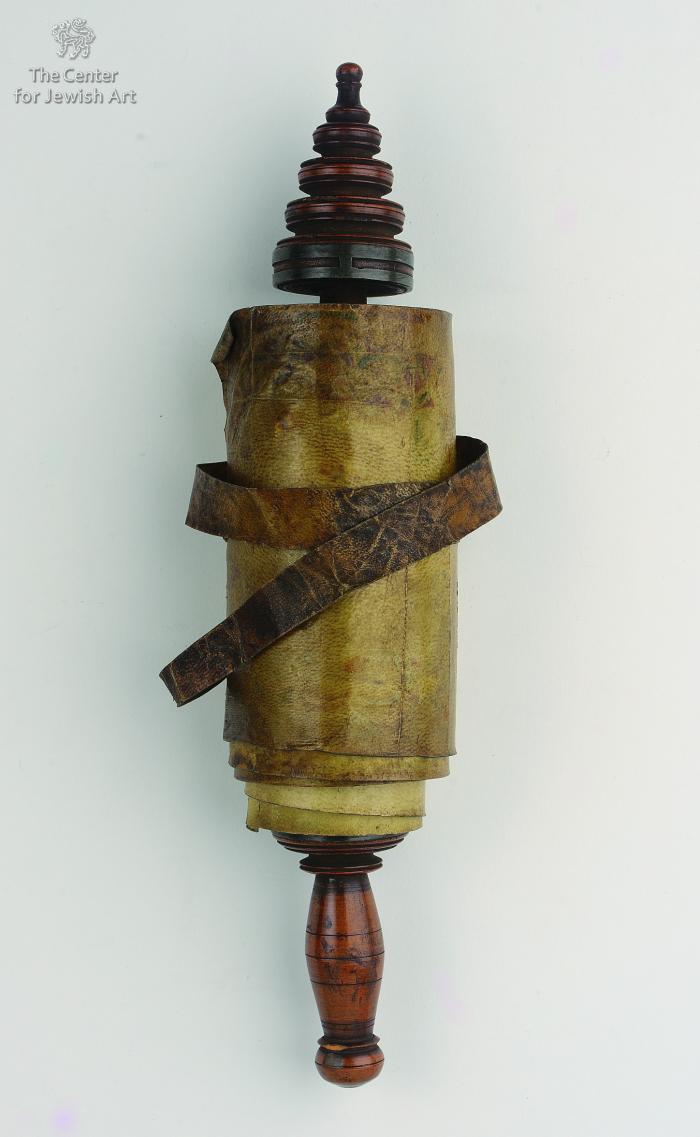 The rolled scroll mounted on a wooden roller.

The manuscript (the text, decorations, and parchments) is preserved in good condition.

The hair side of the parchments is dirty.

The scroll is formed of 7 sheets containing in total 48 columns of text with 14 lines each, except for col. 40 which has 11 lines divided into two half-columns (in the column, the spaces between the lines vary as in many other Oriental megillot).

The text is written in Hebrew square Oriental script in black ink on the flesh side of the parchment membranes that are stiff and rather thick. Their sides of the parchments vary - the side of the text and decorations is brighter and the blank side is rather yellow.

The ruling is made with a hard point and is barely visible, except for col. 20 where it is clear; it is also quite well visible on the blank side of the parchments.

In the prefatory panel, there are three Hebrew letters - לפא - written in pencil.