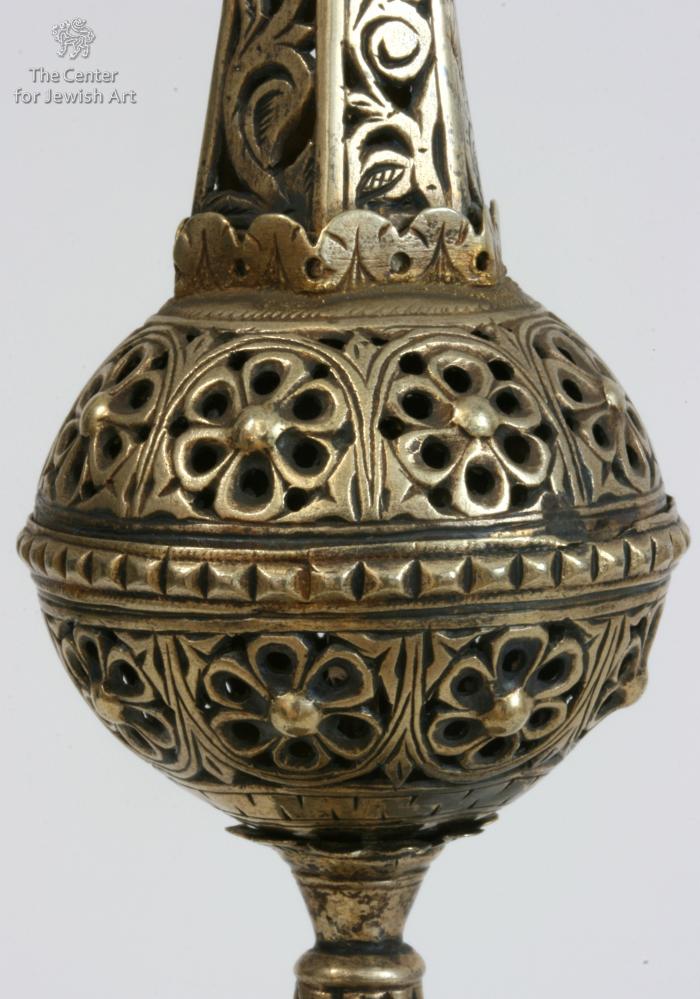 This early spice container set on a base, creating a sort of tower form. Though unmarked, the form and exquisite workmanship suggest the early 18th century date assigned to other parallel objects. The base and cast silver column supporting the upper part are know as well from early examples. While there are very few such spice containers, others do exist in the collections of the Israel Museum and the Jewish museum New York. The container is gilded and was attained a soft golden patina.