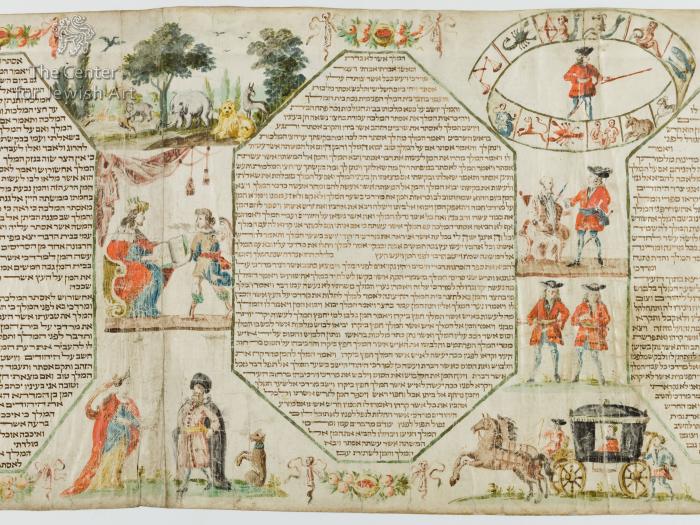 The fourth text panel is surrounded by seven depictions. Four depictions on the right are common with the third text panel.

1. Haman aiming at the Zodiac wheel with a stick. This represents the moment of casting pur (Es. 3:7), though in the biblical text Haman himself does not do it.

2. Haman as a barber who prepares Mordecai for the parade through the streets of Shushan (based on Megillah 16a).

3. Two men standing - possibly the king's messengers who are going to deliver Haman's decree (Es. 3:13); however, other interpretations are possible too.

4. The king traveling in a carriage - unidentified scene.

5. Unidentified scene showing a group of animals seated under trees.

6. An angel reads the imperial chronicles to the king during his sleepless night (an extra-biblical story based on Es. 6:1-3).

7. Unidentified scene showing Mordecai and Esther with a dog.

Illustrations nos. 4-6 are party painted on the third membrane.