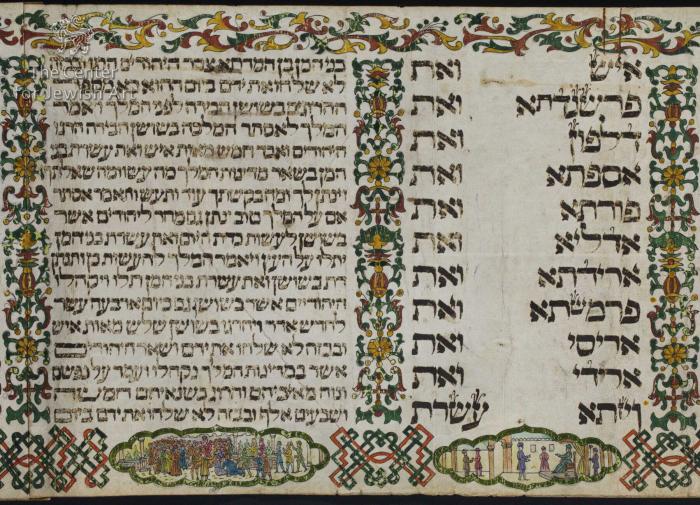 Col. 22. On the right, a man is standing before the enthroned Ahasuerus who outstretches out his right hand towards him; it can be the moment when the king bestows Haman's properties upon Mordecai (Es. 8:2). Another figure (Esther?) stands between them in the background and behind the king's throne, a guard is standing. On the left, two men stand gesturing.

Col. 23. The third representation of the triumph of Mordecai (Es. 6:11) in the scroll. Haman stands before Mordecai dressed in red and riding a horse, surrounded by a crowd of people. Haman stands in the center facing the viewer and raises his hands in the air. On the right, two men kneel before Mordecai and the royal couple watches the scene from the palace balcony (?).