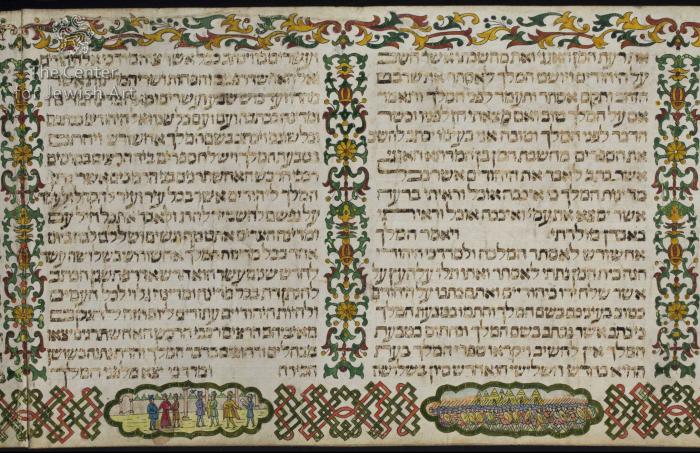 Col. 18. The scene shows a troop of soldiers armed with spears and shields marching in a row. A camp of seven tents stands in the background. Possibly it represents Jews fighting their enemies (Es. 9:5, 15).

Col. 19. The cartouche joins two scenes that are difficult to interpret but unquestionably they depict episodes from the IV chapter of the Book of Esther. On the right, there are four men; one of them reads from a sheet to a man who moves to the left. This can be the moment when Mordecai informs Hatach about Haman's decree (Es. 4:6-8). The other two men standing at the center are guards; one holds a shield and the other has a spear. On the left, Esther talks to two men; possibly one of them is Hatach (Es. 4:10-11). Other interpretations of the episodes are also possible.