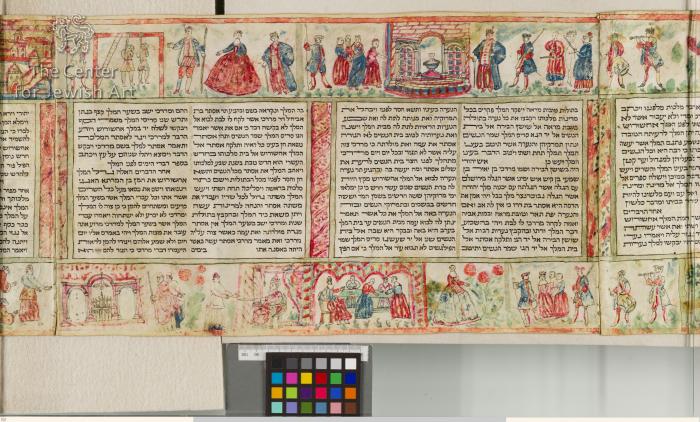 6. Beheading of the queen - Vashti is depicted here as a nude woman having solely the crown on her head (not mentioned in the text).

7. Likely courtyard in the king's palace where maidens are brought (Es. 2:8).

8. Two figures: a man in a long Oriental gown and a woman in a fashionable European dress. They can be Mordecai and Esther at the moment when he informs the queen about the chamberlains' plot against the king (Es. 2:21-22).

7. A woman in a fashionable dress standing next to a big blossoming plant - Esther (?).

8. An unidentified scene of a banquet - the same as illustration no. 3 in the lower margin of the first membrane.

9. The king extends the scepter to a man - Ahasuerus promotes Haman to the position of vizier (Es. 3:1).