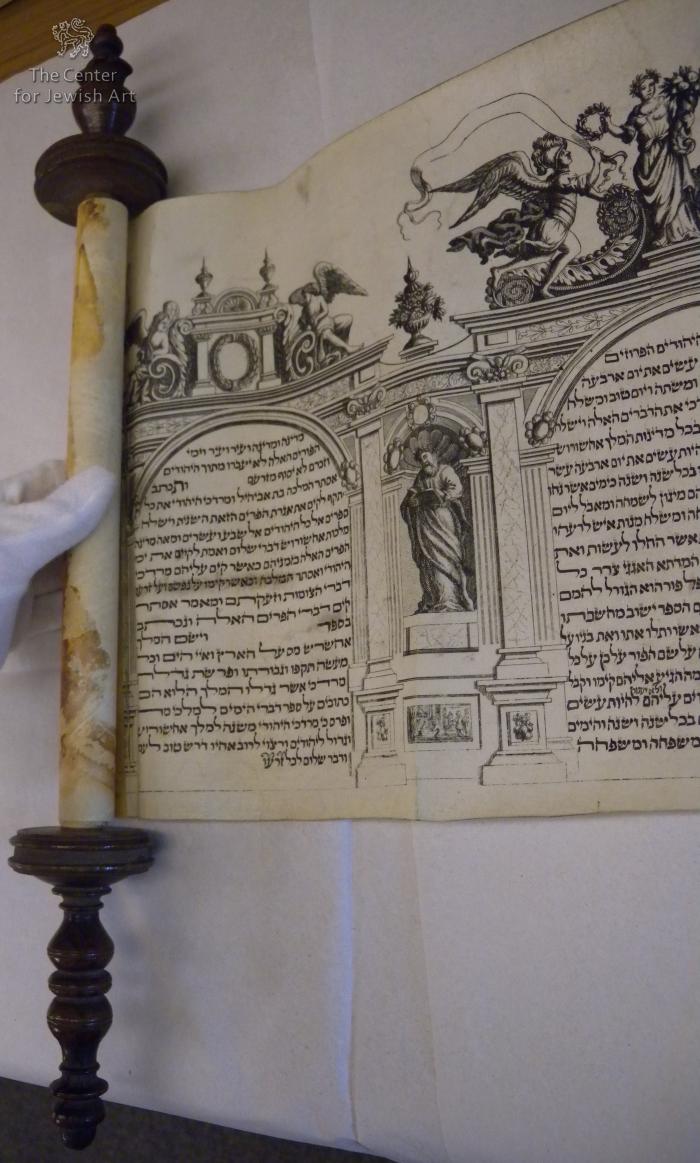 The last column in the scroll - no. 22 (sheet 9). The scroll is mounted on the wooden rod.