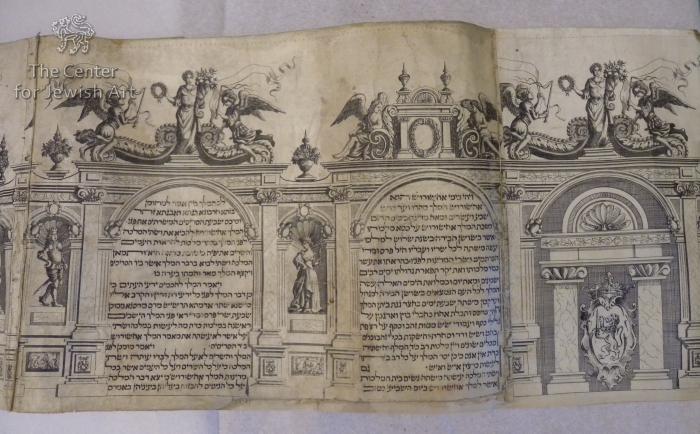 The first sheet includes opening decoration and the first two text columns separated by the figures of Queen Esther and King Ahasuerus. Below them, two narrative scenes (nos. 3 and 4) are placed.