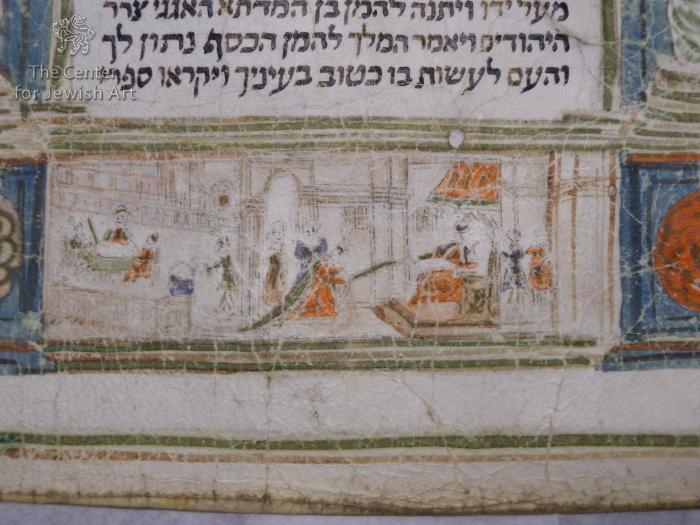 Frame 6: on the right, King Ahasuerus sits on a canopied throne. He extends his royal scepter to the crowned Esther, who kneels before him and touches the tip of the scepter. Two men stand behind the throne and Esther is accompanied by two maid-servants (Es. 5:2-3). On the left, the first banquet given by Esther is depicted. Esther, Ahasuerus, and Haman sit at a round feast table in the palace gardens. A male servant holding dishes is approaching the table (Es. 5:5).