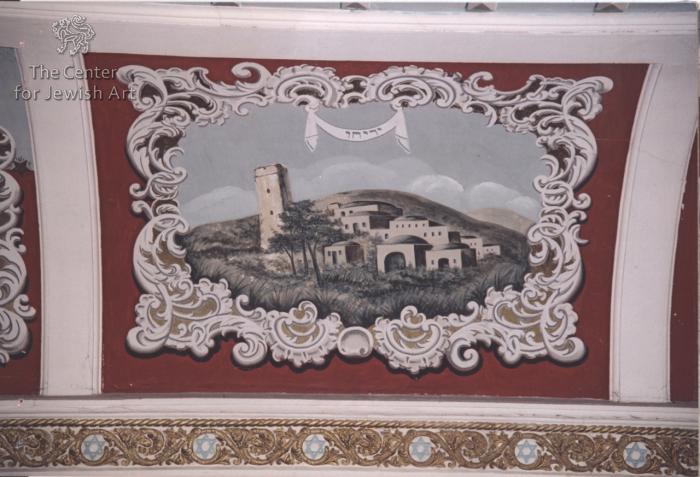 The perimiter of the vault is decorated with views of the Land of Israel. The depiction of the Western Wall, Kotel, appears above the Torah ark on the east, the Rrachl's Tomb - on the western side.

The central par of he vault is represented as sky framed by a balustrade. An eagle is depicted in its eastern part and a peacock in the western part. Magen David appears in the center.