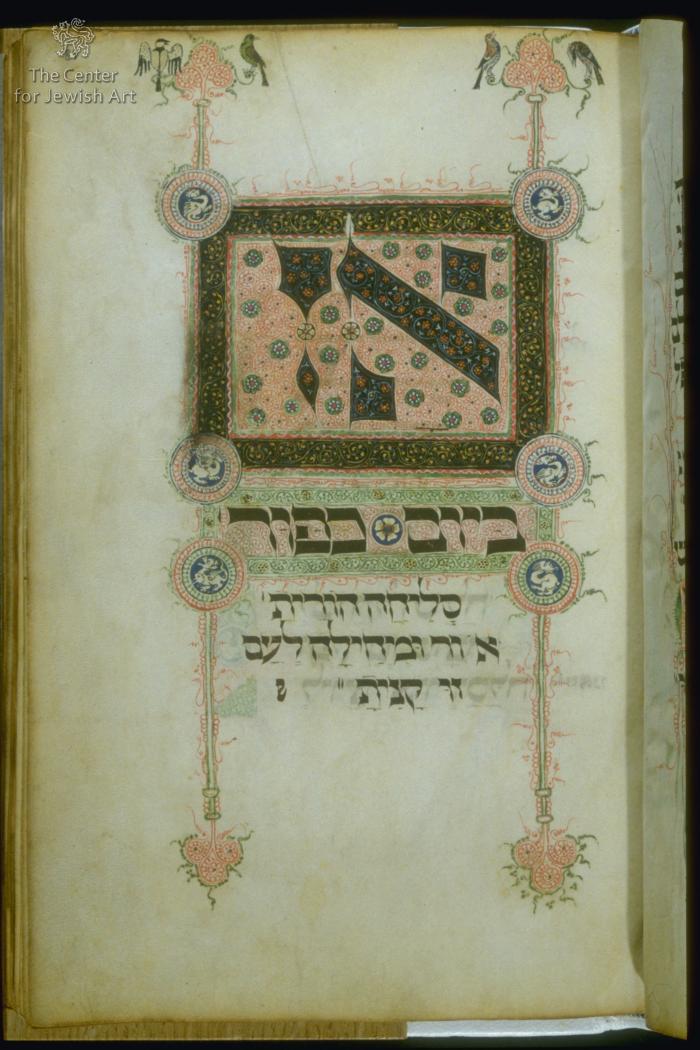 In the upper part of the text space the decorated initial "אז" opening the first piyyut of the morning prayer (Davidson I א no. 2106, p. 99) is placed within a large red pen-work panel framed by a black painted bord of yellow and red foliated scrolls. The initial written in black display script is decorated by colored tracery. In the center of the joints of the letters appear brown rosettes. The red filigree ground is interspersed with blue and green rosettes. Below, the words "ביום כפור" continuing the piyyut are written in a smaller bold script within a narrow panel which is attached to the longer one. A blue medallion encompassing a white flower is located between the two words. The magenta ground is surrounded by a green band. Six additional medallions of dragons and hybrids are placed in the corners of the two panels. Stems of fleuronne' motif carrying triple spiral heads extend from the panels into the upper and lower margins. Two colorful long-tailed birds flank each of the upper floral bunches.