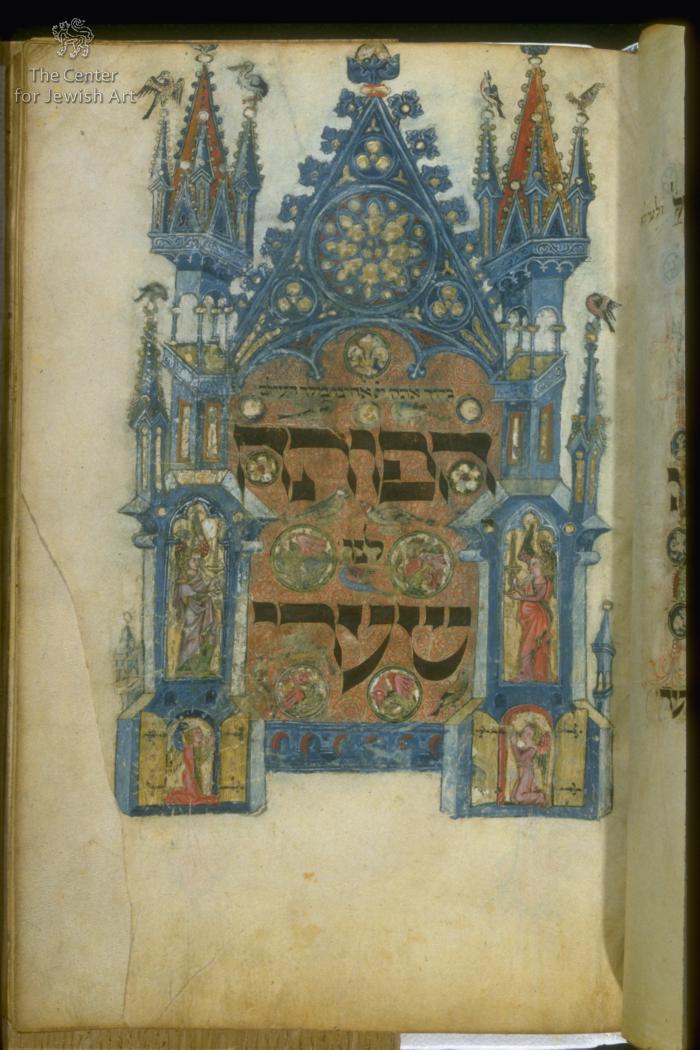 ברוך אתה ה' אלהינו מלך העולם הפותח לנו שערי [רחמים] are placed within a large architectural gothic portal against a red and green pen-work ground, interspersed with gold medallions of dragons, flowers, and a fleur-de-lys. The portal is topped by a blue tympanum decorated by a gold rosette window and flanked by two towers with three pointed turrets each, on which different birds are perched. At the foot of both towers are two opened wooden doors with kneeling angels raising their hands in prayer against a golden ground. Above them, within golden trefoil arches, two additional standing angels, wearing long dresses and capes are holding lighted candle sticks, facing each other.