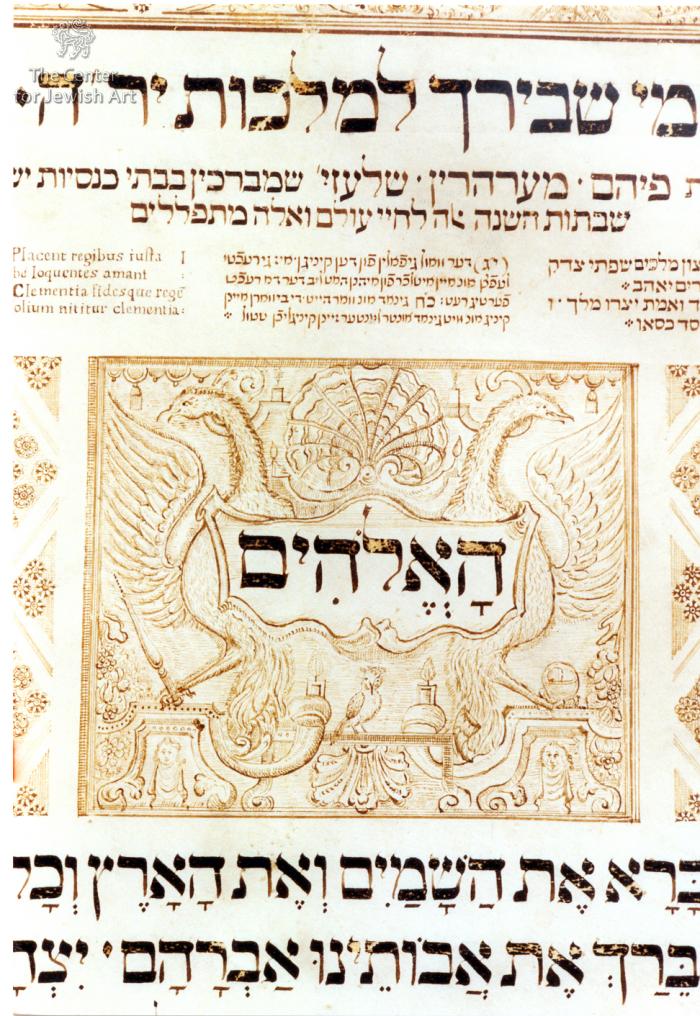 The initial word האלהים (The Lord) is written within a shield of the Austrian emblem at the centre of a square panel. The emblem consists of the spread double-headed eagle holding the orb in his left leg and the scepter in his right. The fact that the name of the Lord is embraced by the royal emblem bestows the Emperor divine qualities. However, the orb and the scepter lack the cross at the top because of the Jewish context.

Below the shield is an owl between two light candles. The panel is flanked from the outside by small flowers arranged in lozenges.