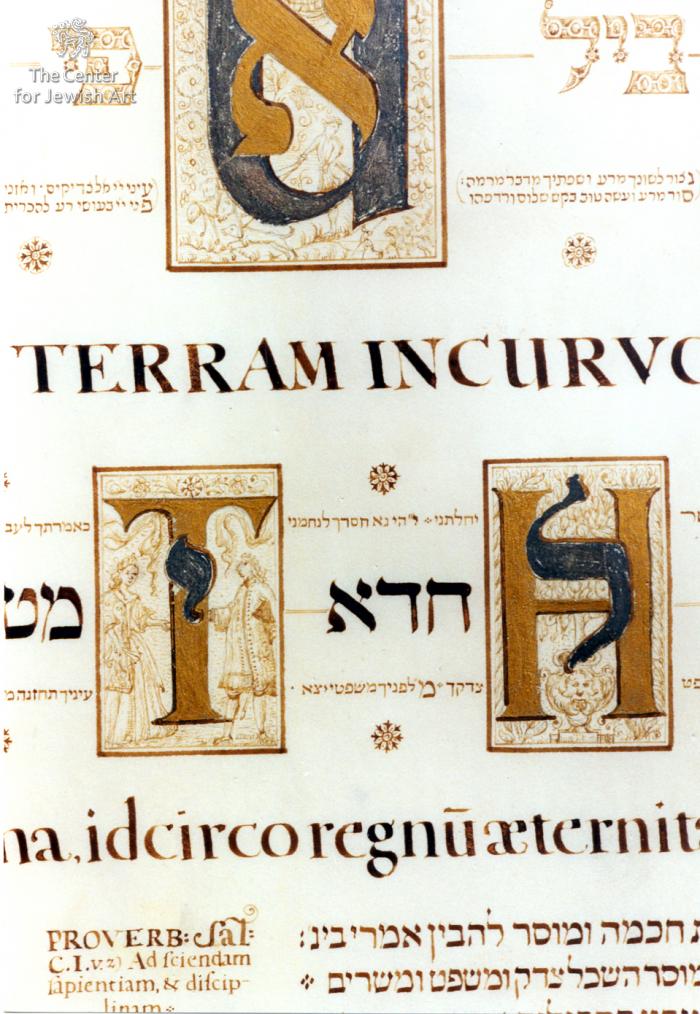 The letters U and א (Aleph in Hebrew character) are interwined into each other and framed by a panel with sepia background including a hunting scene. This panel is one of seven panels including each a letter from the Emperor's name CAROLUS and a Hebrew letter of its Hebrew equivalent קאראלוס, thus each pair of letters written in gold and silver display script interwined into each other and framed within a rectangular panel (56 x38 mm).

Below are two panels: one including the interwined letters of H and ל (Lamed in Hebrew character), decorated with a decorative vase while the second including the interwined letters of T and י (Yud in Hebrew character) decorated with a noble couple.  These two pairs of letters are part of the Empress' name ELISABETHA and the Hebrew equivalent אליזאבעטהא written in silver and gold display script in ten pairs of letters framed within rectangular panel (39 x25 mm).