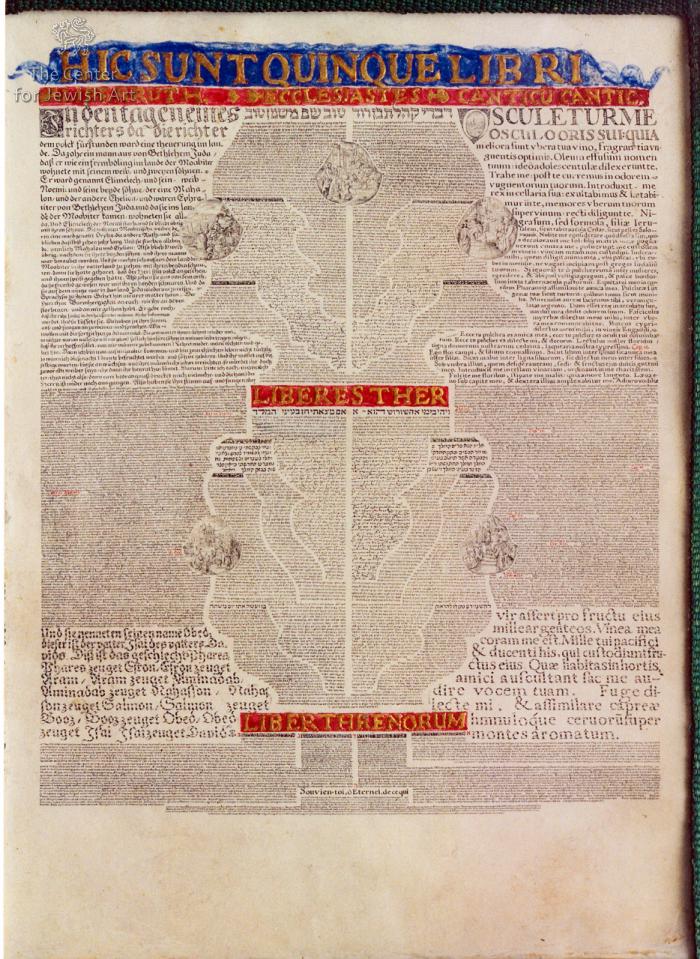 Whole page: The text of the Five scrolls is written in four languages in shaped text in micrography forming over the sheet a symmetrical composition of a stylized tree with branches The text is in brown ink, the decoration in sepia of the same tonality.

The decorated Latin title of the sheet HICSUNT QUINQUE LIBRI ("… Five Books") is written in burnished gold display letters on a blue ground. Below it, across the page, are the three Latin names of the books inscribed in burnished gold letters on a red ground (from left to right): LIBER RUTH (Book of Ruth), ECCLESIASTES and CANTICU CANTIC (Song of Songs).

The Latin titles: LIBER ESTHER (Book of Esther) and LIBER THRENORUM (Lamentations) are similarly written in burnished gold on a red panel, at the center and lower parts of the sheet respectively.

Each scroll opens with the first verse written in display script sometimes filled with foliage and running geometrical motifs in spared ground technique. Five illustrated cartouches are integrated in the text, the upper one is at the center of Song of Songs; the other four are placed between the scrolls (see detailed description)