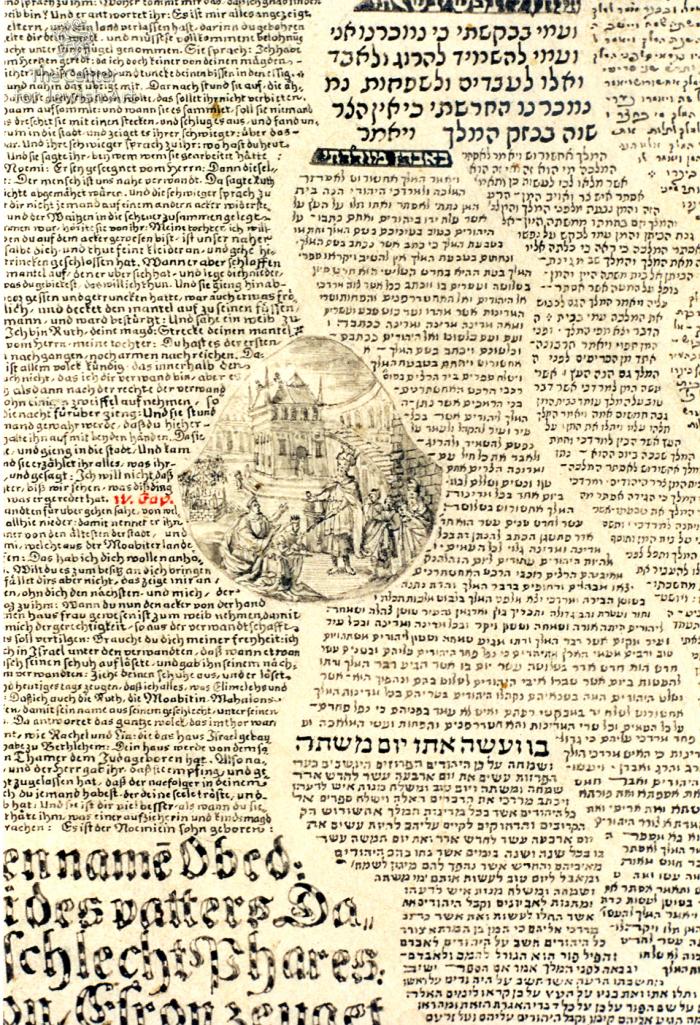 At the lower left part of the sheet, within a bell-shaped cartouche, is the crowned Esther kneeling before Ahasuerus in the courtyard of his large palace. He is extending his scepter to Esther in his right hand (Es. 8:3-4). Behind Esther is Mordecai kneeling also before Ahasuerus who is handing to him the King's ring (Esther 8:8-10). In the background on the left, are Haman's ten sons hanged on a large square gallows (Es. 9:7-10). The cartouche is placed between the books of Esther and Ruth.