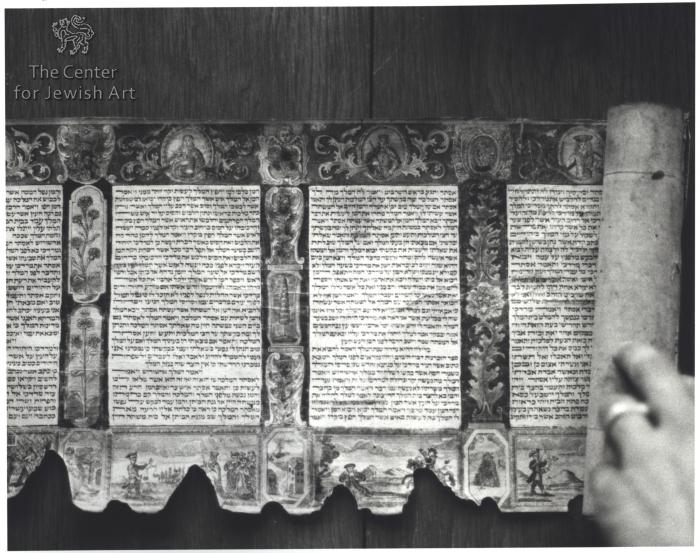 In the upper margin, a bust of the king is depicted and a bust of a young man (one of the princes of Media and Persia listed in Es. 1:14?) are depicted. In the lower margin, there are two frames:

Frame 6: On the right, a mounted messenger is carrying the edict of Haman that he holds in his left hand (Es. 3:13) and in his other hand, he has a French horn. He is riding towards a man sitting under a tree (on the left), most likely Mordecai, who tears his clothes as a sign of mourning (Es. 4:1).

Frame 7: On the left, Haman stands in front of Ahasuerus attended by a group of men (his advisers?, servants?). The vizier holds weight with scales on which he is going to weigh silver for the king (Es. 3:9). In the background, the king's palace is visible.

In the octagons separating the frames are depicted (from right to left): 1) a castle (?) on a hill-island on the sea, 2) a harbor with a ship, 3) a landscape with a tree and a gate in the foreground.