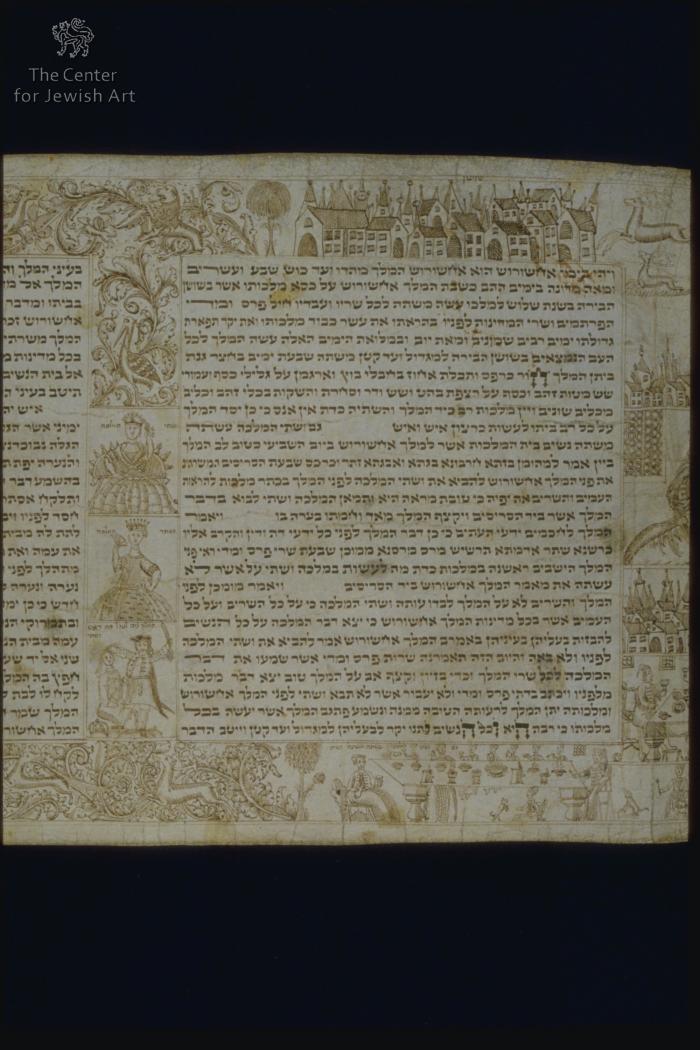 Upper margin: A city-scape, represented by a crowded group of buildings and towers, is depicted in the top margin with the Hebrew inscription, שושן - "Shushan". The buildings have pointed roofs, wide arches and many windows and the towers are surmounted by spires. To the right of the city, above the margin on the right, is a scene of stags and birds among trees.

The bottom margin contains a scene of Vashti sitting on a throne on the left at the head of a long laid table. She holds a cup in her left hand and a flask in her right. Ten women sit around the table, holding cups and spoons. One of the women sits before the table playing with a dog. Another dog jumps up on the right. Dishes and goblets are arranged on the table. A maidservant stands on the right holding a ladle in one hand and resting her other hand on a vessel. Another vessel stands on the ground to her left.