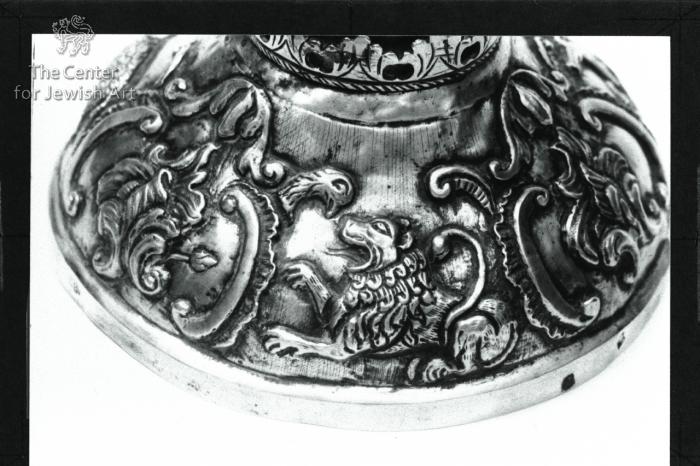 This exceptional pair of Rimmonim, finials for the Torah scroll, have the typical shape of the type used in Galicia, where they were called "Atzei Chaim", trees of life. The decoration is typical of the region as well. The use of varied animal motifs, some of which have messianic symbolism, was a standard for much of the Judaica produced in Lvov and Galicia. In this example the symbols include birds, a lion, a deer and a sheep.