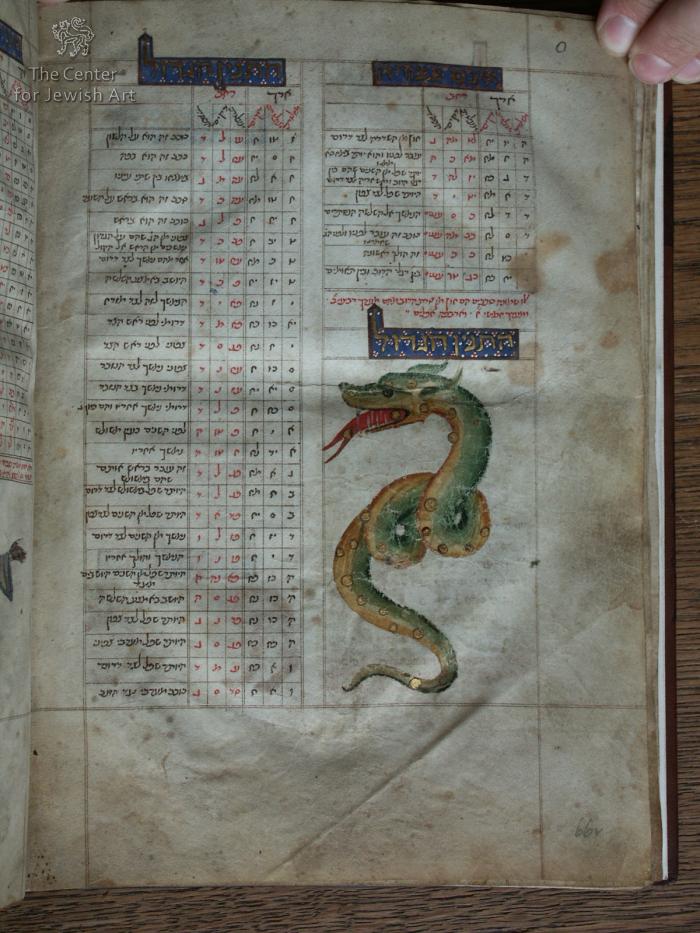 The page includes the heading for the constellation Draco (התנין הגדול), followed by illustration and associate table, which end is on fol.68, see document).

Draco is illustrated in the right text column by a twisted large dragon protruding forked red tongue facing to the left. He is painted in green and ochre and with thirty one gold bezants marking its stars. They are spread over his body according to the table in the left column and on fol. 68.

The page includes on the top right also the final part "Not in the form" (אינם בצורה) of the previous constellation, Ursa Major, which start is on the recto side of the page (fol. 66v, see document).

The heading Draco, written two times, and the title "Not in the form" are written within small rectangular panels with gold borders in burnished gold letters on dark blue ground surrounded by dots and floral motifs in white and red colours. The upper border of Draco's panels extends upwards to include the flag of the letter lamed.

The tables are written in alternating red and brown ink including headings in geometrical (zigzag) shapes in micrography.