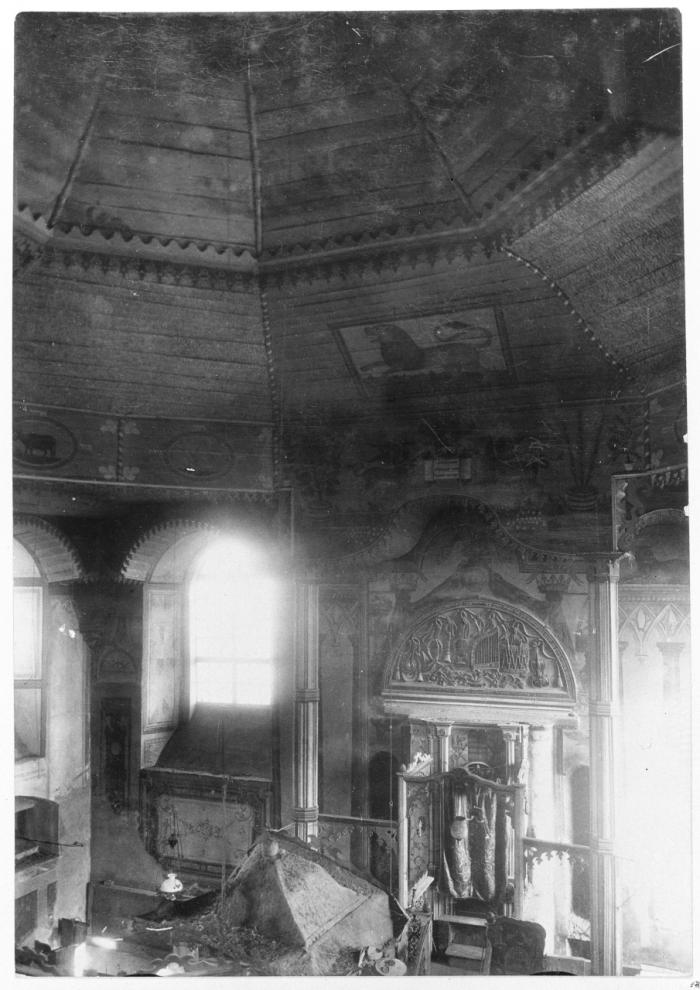 The view on the eastern wall and part of the dome.

The Torah ark in the center of the eastern wall was a complex structure, decorated with wooden carvings and paintings. The semi-circular pediment with carved wooden bas-relief with the images of musical instruments was placed above Torah ark. Two griffins flanking the tablets of covenants were painted over a niche with a Torah scroll. Two levels of paintings are placed above the semicircular pediment. Curtain with three crowns was depicted in the first level. Two griffins flanking the Torah scroll were depicted in the second level. Vases with lulav were depicted from the both sides of the gryphons. Colonnade with Gothic arcature were depicted on the east wall of the left and right from the Torah ark.

The fragments of the dome paintings.

A lion was situated in the middle section of the dome above the Torah ark. The zodiac sins were placed along perimeter of the dome on the lower level.