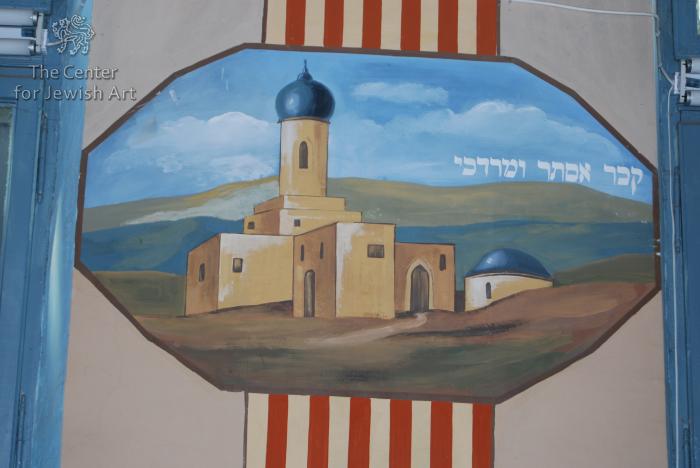 The painting depicts a complex building structure, in the center of which stands a round tower under a blue onion dome resembling a minaret. A small building under a blue dome located to the right of the central building. The tomb is situated among mountain desert landscape.

Tomb of Esther and Mordecai

Originally, the Citadel of Zion was depicted in this place.