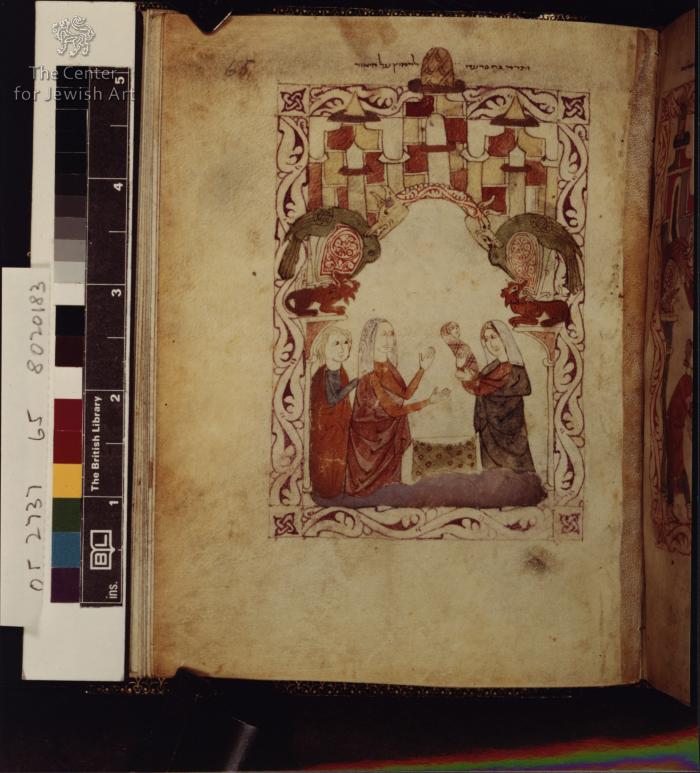 Fol. 65: Moses being given back to his mother to be nursed: Pharao's daughter, standing behind the river, hands over the infant Moses in swaddilng clothes to his mother. Moses' sister, Miriam, is behind Jochebed. Pharaoh's daughter and Jochebed are both kerchiefed. Inscribed on top: ותרד בת פרעה לרחוץ על היאור "And the daughter of Paharaoh came down to wash herself at the river" (Ex. 2:5) does not describe this scene. The trefoil arch is formed by dragons and birds, with lions resting on the capitals.