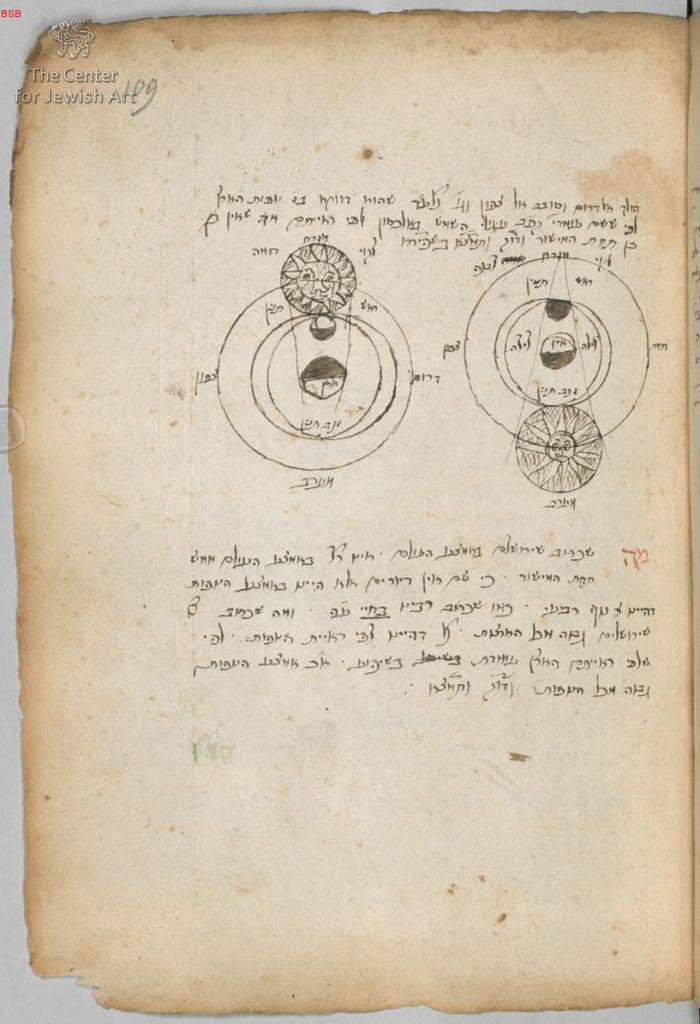 The sun has a human face surrounded by rays. The two other bodies are in black and white, or light and darkness, according to their positions. The concentric circles of the spheres are inscribed “Crocodile’s head” (ראש תנין) on the external circle and “Crocodile’s tail” (זנב תנין) below the inner circle. The crocodile’s head and tail are two astronomical points which virtually indicate where the orbit of the moon and that of the sun intersect as viewed from the earth (for an explanation of the diagram in our Sefer Evronot, see Sefer ha-Galgal, part four, MS II:135v-136v).